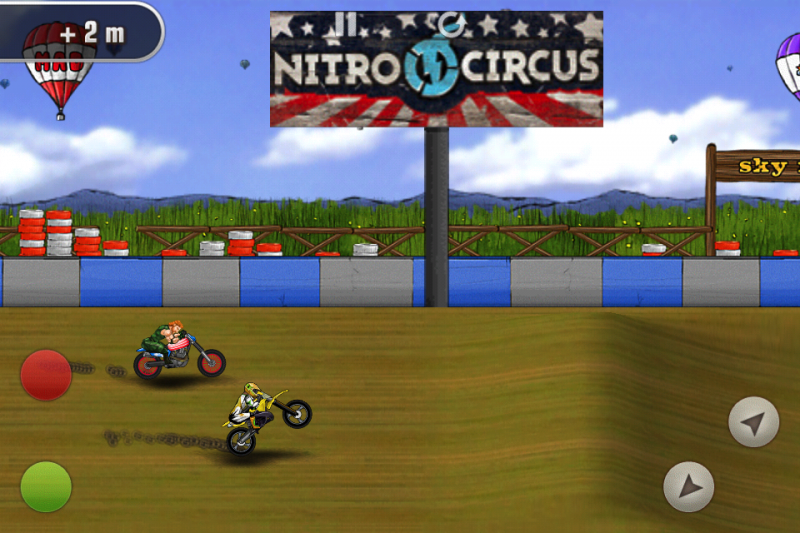 All new game with new tracks. Get it now or in the case of myself, just keep on playing.

All new game with new tracks. Get it now or in the case of myself, just keep on playing.

Morgantown, W.Va. (September 29, 2011)– Mad Skills Motocross Blitz, a free universal mini game based on the highly successful iOS game Mad Skills Motocross, is now available for download on the iTunes App Store worldwide. It contains six new tracks that are unavailable anywhere else, including a challenging course called Nitro Circuit—an obvious nod to the gang in the Nitro Circus. You can download it for free at http://mad.mx/rpBbX7

“We wanted to come up with a free game that would not only appeal to new users, but also to our most hard-core players,” said Racer X’s Bryan Stealey. “The new tracks in Blitz are smooth enough for beginners to learn the game, but they’re also a blast for our long-time users. Every track in Blitz is completely new and exclusive.”

Also new in Mad Skills Motocross Blitz, as well as in the full-game update that was also released today, is an innovative “play up” feature. When players finish a level, they’re presented with their position on the global OpenFeint leaderboard for that track, as well as the option to instantly race against a time that is slightly better than his or her best time. It’s a great way to keep players engaged in the game while at the same time improving their skills.

Mad Skills Motocross Blitz is available on the iTunes App Store now for free and is compatible with the iPhone, iPod Touch, and iPad. To download, go to: http://mad.mx/rpBbX7

The original Mad Skills Motocross for iOS, which currently has an all-time App Store rating of 4.46, is available for only 99 cents at: http://mad.mx/dYMfWi

Get the official trailer here: http://www.youtube.com/watch?v=9X–W1x4nbA

Turborilla (www.turborilla.com) is an independent game developer founded in 2006 by Tobias Andersson. Their mission is to work hard to bring joy into the gaming world and turn passion into games. Their office is located in Umea, Sweden, and is always open to anyone who wants to come by and talk about computer games.

Racer X Online (www.racerxonline.com) is the world’s leading motocross and supercross enthusiast website. Since 1998 they’ve been delivering news, features, and multimedia covering the high-energy world of professional motocross and supercross. Racer X Online is the online counterpart of Racer X Illustrated, one of the motorcycle industry’s most respected glossy magazines.

A Streak is Broken