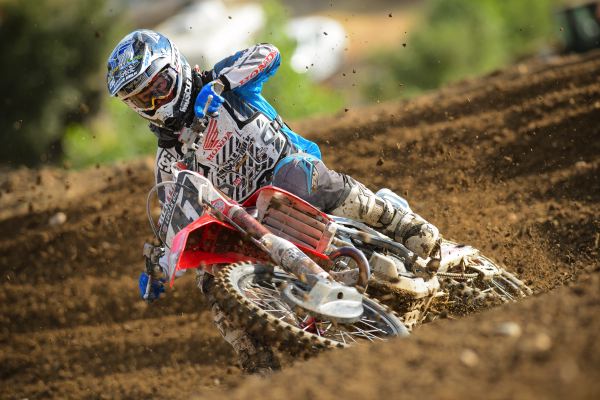 I may be guilty of tardiness for the opening round of MX but I’m sharing the burden.

I may be guilty of tardiness for the opening round of MX but I’m sharing the burden.

Firstly let me apologize for my own tardiness with this first edition of 2013 MX Scorner (catchy little abbreviated title there), excuses aside I can assure you, I have thought long and hard (settle down Moser) about the focal point of this edition. Sadly, I am going to have to throttle my aspirations this week as the second moto’s were only made available today and if I delay the release of this article another day, Matthes will surely dock me… err withhold my pay. You really can’t just throw around terms like that with reckless abandon on this website. So back to my point. Once again there were high reaching goals for the National televised broadcasts for 2013 and just as you’d expect, the hardcore fans were poised with fingers hovering over their keyboards for the inevitable first hiccup in the promised viewing package.

For those of you out there who had parties planned around this broadcast, you certainly have a legitimate bone to pick. Even so, the National television package hasn’t had a great track record in the past and I was not the least bit surprised when it faltered at round one. Honestly, I would have been in a state of bewilderment if there wasn’t an issue for the first race. The response of the Vital forum regulars was completely predictable; though I must say, filling the entire first page with different threads on the same subject was both absurd and impressive, in an utterly ridiculous way. The only people who should have been THAT pissed about the missing races, should be those having the parties and if you have people over and are clicking away at Vital… well, it was all for naught. You have every right to be pissed, disappointed and annoyed that the second moto’s were nowhere to be found but the level of which people were dwelling on it and the hatred behind it was just ridiculous.

Like it or not, Motocross and Supercross are niche’s in the sporting world. Just like before the internet, it was hard to find rare music or other people like you who are into that freaky intimate stuff, moto is still like that compared to other sports (ie: NOT a priority broadcast source). Beyond that and more applicable to this actual presentation, the internet and broadcast communications are all entwined in a complex web that makes even the seemingly simple internet-only presentation harder than it should be.

At any rate, the second moto’s are now online and we have been assured the rest of the series is a “go” for the posted schedule. In the event there is another snafu, I hope people respond with a little more understanding than that which a 16 year old kid would. What am I talking about, this is the internet. Does it suck when you expect to watch races and can’t? Sure. Is it THAT big of a deal? Not even close. The tragedy of the Oklahoma tornado should give you sense of perspective. You should always have a keen sense of perspective, it keeps you from looking like a self-important blow-hard.

On to the race.

Being that I have not yet watched the second moto’s, I am simply going to go by the results and hit on what I felt were the most stark surprises of Hangtown.

Well those are my surprises for round one. I’m off to watch those second moto’s now.