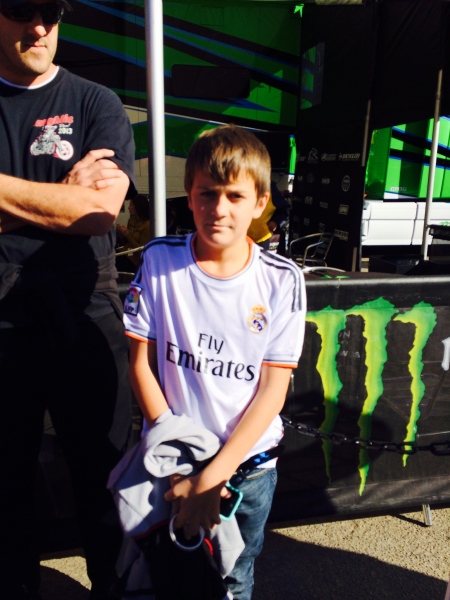 “An enthusiastic devotee, follower, or admirer of a sport, pastime, celebrity, etc.”

Dictionary.com does not recognize the word “superfan” but I sure do. This week I thought it would be fun to take a closer look at Supercross fans in their natural habitat. Deciding to spend a significant portion of your day waiting in line for an autograph or photo with your favorite rider is nothing to take lightly. With most autograph sessions only lasting one hour and some lines zig-zagging through the pits it how will you even be sure to get to the front?!

Let’s take a closer look at these devoted fans who not only made the decision to wait in line but were the FIRST fans standing in line to meet their favorite riders.

Next we salute the brave souls who not only waited in line to get back into the pits but also waited outside of the semis for one last picture/autograph/souvenier after the race to cap off their Supercross experience.

Until next time, ELE everybody- Pookie

The Mutants of Moto: Vol. 1