Email Exchange: Villopoto and What’s Next? 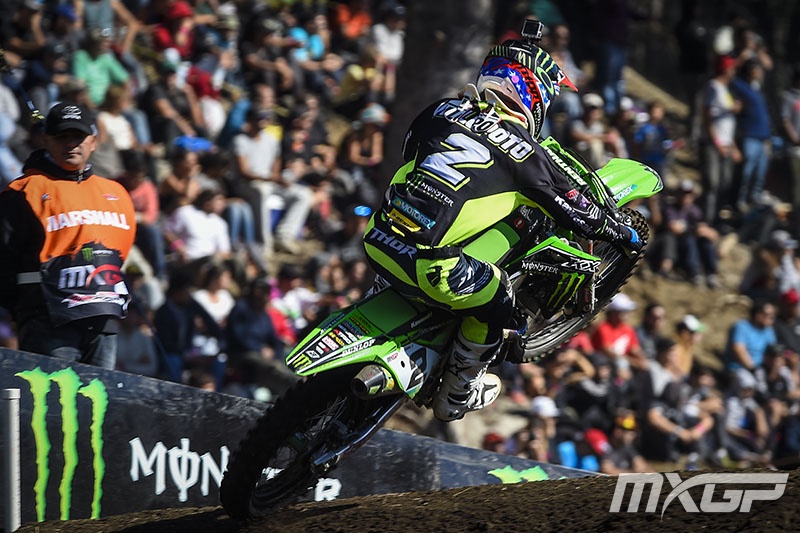 Sad about RV’s attempt at the GP’s? Us too and here is some debate about it

Sad about RV’s attempt at the GP’s? Us too and here is some debate about it

Thomas: Steve, let’s talk about this RV situation. Both of us know RV well and we both had high hopes for his Euro trip. Unfortunately, it just hasn’t gone well. There are many opinions about what has gone wrong for Team Villopoto, but now I ask you: WHAT HAPPENED?

Matthes: I. Don’t. Know.??I was really looking forward to this RV thing, I was jacked and I think I was one of the few guys banging on the “Hey man, there’s no chance he just dominates, Antonio Cairoli is VERY good” drum because I’ve seen AC at MXDN’s and GP’s. And he’s really good. And AC starting slowly wasn’t a great surprise, he normally does that. But when RV finished where he did at the first round, bike issues or not, I knew things weren’t going to go as planned .??It’s shocking really. He won Thailand (which people need to remember) but in the other races I was very surprised at the other riders that were able to beat him or in some cases, catch and pass him. ??It’s clear now that the GP fans did NOT get the RV that we saw all those years. There’s just no way.??You can take that as an excuse but it’s 100% true. His results were shocking to me, bike issues or not, because of how good I saw him for so many years.

Thomas:  Going back to the beginning of this Europe idea, I knew that this would be his swan song and deep down, I also knew that he wanted to retire but couldn’t leave that money on the table. If he could have found an amiable exit without this season even happening, I honestly believe he would have taken it and moved on. As we now know, the powers that be wanted to see Ryan on a Monster Kawasaki in some shape or form. In this scenario, where I really feel that Ryan didn’t want to race this season, I worried that his heart wouldn’t be into it. When racers are out there but don’t really want to be, generally nothing good arises. The heroic levels of work and effort that went into Ryan’s four supercross titles and three outdoor championships in the Aldon Baker era are hard enough when motivation is high. Factor in a lack of interest, which I truly feel is the case, and Ryan just didn’t come in on the same level that we have seen previously. I have heard this echoed from people that I trust close to the situation, as well.

I can remember sitting in Atlanta at the Georgia Dome press box, waiting for the initial moto in Qatar to start and RV didn’t have that same chiseled facial structure that he developed back in 2010. I knew right that it was going to be tough. See, to achieve that incredibly lean look, it takes endless hours of training and incredible discipline in diet. That is what Aldon instills when working side by side with him daily. This season, however, Ryan was on his own schedule (with Aldon’s guidance). He was free to eat what he wanted and train when he wanted. I am sure he still put in hard work, he knows that is necessary. But, I really don’t believe it was anywhere NEAR the same regimen or structure as his program was at his peak. I really could see it in his face and his weight. Cyclists know this all too well. The Tour de France riders are involuntarily poked, prodded and analyzed by opposing teams in the spring months to see how their fitness is shaping up. It’s the running joke as opposing team managers will grab the ass of their competition to check fitness levels because the last bits of excess weight are carried there.  Fitness is easily seen in the weight that a person carries at this elite level. That fitness is a direct result of hard work on the motorcycle, thousands of miles put in on a bicycle, and sacrificing every time there is a eating utensil in hand. I just didn’t see that same ultra-fit RV this season and it’s a shame.

As Steve said, GP fans will call this excuses and others like Geoff Meyer will write what can only be considered satirical editorials for how this season has gone for RV versus the world. I don’t think it is an excuse, I think it is fact. RV was not the same rider this year as we saw in past years. I know that like I know the sun will come up tomorrow. The real question is: if he had come in on that same level, what would have happened?  I really don’t think he would have dominated. The series’ are so different from culture to terrain to team personnel, etc. to think he would just run the field over. He would have been much more of a factor, though. He wouldn’t have been fading in the last few laps and he wouldn’t be moving backwards for seemingly no reason. That I can guarantee.

Matthes: It does suck for fans of the sport that they (we) didn’t see RV at his very best and in my opinion, on of the things that made RV so good all these years was also his downfall when it came down to this GP attack

He’s never cared about wins, career stats and where he sits among the best of all time. Lots of riders say they don’t care but yet they very much do, not RV. Trust me, I’ve been around him enough to 100% believe that he doesn’t care about being this great American hope and winning a World Championship. He definitely didn’t care as much as many of his fans, that’s for sure

That’s not to say he didn’t care AT ALL or didn’t want to win–of course he did. He’s Ryan Villopoto!!  But in the end, he “had” to race to honor the final year of his Kawasaki contract, he and his wife thought it would be fun to see the world and he didn’t want to work as hard as he had to over here for 29 races. Can’t say I blame him and it just didn’t work out. In the end, this “failure” of his will not in any way, shape or form gnaw at him or hang over him at all. I fully believe that

He worked hard, he tried hard and it didn’t work out. Time to move on for him and for the fans of the sport on the message boards.

Thomas: I am not as convinced that he won’t be bothered by it. I think that may be the case for a while as he seems very burnt out to me and really doesn’t want to be in the racing world anytime soon. As time goes on, however, burn out will subside and he will look back on his career more and more. All of the great things he did will of course be fondly remembered and provide a great source of pride for both he and his family. This season was a completely different playbook, though. He didn’t get the results he wanted and in time, I feel that he will regret how this has gone. He knows, better than anyone, whether or not he was prepared. After having gone through the boot camps and endless workloads for season after season, there is no doubt that he has an idea of where he stood in comparison to those championship runs. Personally, I just don’t think he was as ready. That was the genesis of the 2015 struggle.

On the Road Again: With the RSR Honda Crew