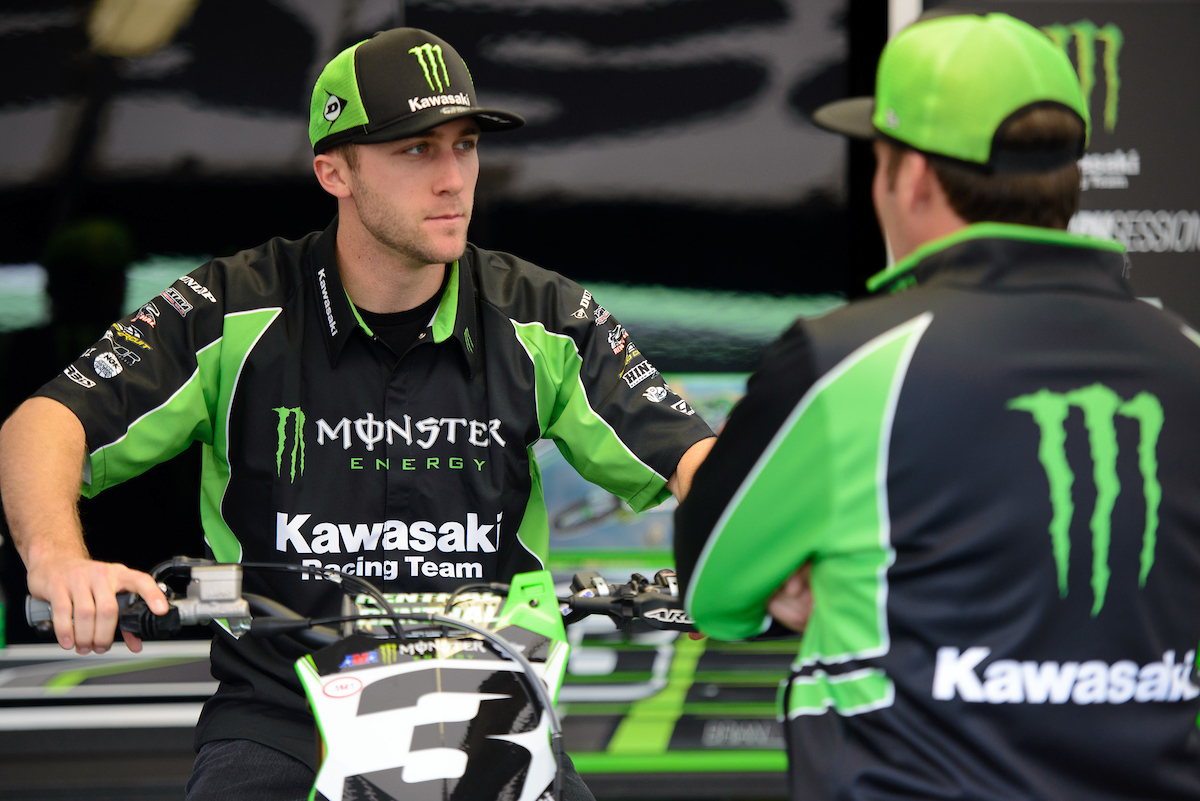 There’s a lot of ways to kick off a season and holy Moses did Anaheim 1 touch on more than a handful of them.

It’s no secret that there were a LOT of unanswerable questions regarding the 2018 season without an actual gate drop occurring with a checkered flag waving 20 minutes plus 1 lap later. Often coming into season we have a sense of how things are gonna go. Ryan Dungey would be on the podium, Ken Roczen would be really damn fast, Justin Barcia would leave some paint on about 6 different bikes and on and on it goes.

Anaheim 1 of 2018 is about as far a cry from a normal 450 series kickoff as I could ever imagine. Lets start off with the fact that out of EVERY signed up rider in the 450 class, only Chad Reed has won the 450 SX title before!! The oldest guy out there is the ONE guy who has been here and delivered. Twice. Lets move along from there; Chad was also the guy coming into Anaheim 1 to race with only 2 hours of seat time before practice began. He had an hour of riding on two different bike settings and left utilizing a third the he had shaken down throughout Saturday. Often one of the most consistent guys over the years, 2018 started with a struggle as Chad is still not healed from his ankle injury at Red Bull Straight Rhythm. He gutted it out though and finished the race in 15th. At times in his career, this would be a pride swallowing finish for the 22 but in the place he finds himself now, there’s no doubt it was a character building, prideful moment to cross the line with points and a base to start off from. I was glad to see it.

Justin Barcia was coming into the opener as a late replacement for the injured Davi Millsaps on the Factory Yamaha bike vacated by Chad Reed. There was literally no basis for any type of wager as to how Justin Barcia would respond to this opportunity. Justin hadn’t finished on the podium in nearly four years and the last three years have honestly been nightmarish with regard to results despite his bank account doing quite alright. We’ve seen time and time again a rider get a little comfortable, their results suffer, the rides disappear and they have to prove that they really do care again and earn another chance. That was without question Justin Barcia and he made sure that he tapped into that desire that brought him to the pro ranks initially and rode a hell of a race . Admit it, there was a point in time you too, thought he might win that damn race. It would just be SO Justin Barcia. It will be interesting to see if he can keep that up.

Jason Anderson has been quoted a few times saying how he finally thinks it’s time for him to be considered one of the guys. Hmmm, Ok. Well I thought he was “one of the guys” back when he won the Anaheim opener two years ago. Maybe that was just a test or something? Jason Anderson is a hoot to watch ride. He’s like Justin Barcia with a little more flow and little less anger and boy is he sketchy to watch! He doesn’t necessarily come close to crashing a lot but he uses more body English in a lap than a stripper riding a mechanical bull who forgot to take her ADD meds. He’s got the speed to be right there but the haphazard style is less than confidence inspiring if you’re thinking of placing bets.

I still ain’t buying Cooper Webb on the 450… not the Yamaha 450 anyway. It’s funny how he has been rumored to be going to KTM since before he started racing the Yamaha 450 and that is in no way a coincidence with his results thus far. Remember last year when everything was going wrong **especially** after he had ridden the un-homologated 2018 Yamaha 450? Well, he looks better on the 2018 450 but I’m betting he’s already thinking about how great life aboard the Pumpkin will be, and in my mind that is going to turn this season into another mulligan.

Marvin Musquin did what a title contender and more specifically, protege of Ryan Dungey should do– he rode within himself, didn’t force the issue and let the track and positions come to him over the course of the race. He jumped through the whoops on his way to the win and it was possibly even more boring of a win than one of Ryan’s 2,345 second place finishes. Marvin will be in this thing for the long haul, just like we thought. It was quite possibly the most predictable aspect of the coming season.

This leads us to the two most interesting storylines of 2018.

Ken Roczen’s crash, rehabilitation and rebirth as a racer was certainly the most discussed storyline of 2017 beginning mere hours after his ejection at Anaheim 2. He took his German stubbornness and put it to work for him as he refocused himself on getting back to the starting gate at as close to 100% as possible. He put in the work, the focus and the determination for many months and what he felt within himself was validated and exclamated with that 4th place finish in his re-debut. This is racing and yes anything can happen but the seeds have been sewn and there is nothing that could dissuade Ken from refocusing his goals on the title for 2018. It’s a comeback story like few others, if any and there is no one out there who couldn’t muster massive respect for that.

Eli Tomac continues to perplex me. At face value, the dude is straight up gnarly. Grinds it out on his own in the high elevations of Colorado, hunts , was spawned from the gnarliest gene-pool on the planet, is in ridiculous shape and yet clearly has issues focusing. I would be shocked if Eli didn’t have a TUE for Adderall because the guy really has a focus problem. Last year I really thought the red plate was affecting him but I’ve totally flopped on that and now, looking back over the course of his pro career, on 250’s even and it’s clear that he just has these mental breaks in focus that leave him collecting himself and picking up the pieces. Who knows what his status is following that bizarre digger but with his history of shoulder trouble, I’m not expecting a one week turn around. Typically the term 3-peat is saved for 3 time champions but here unfortunately it’s all about the repetitive nature of flukey title-affecting mental lapses for one Eli Tomac. The number 3.