*Take note, I am pissed off and am not censoring my eff bombs in this piece.*

As we have seen in the past though, these Olympic-intended penalties that WADA hands out in our sport are the biggest atrocity I have ever seen befall our athletes and although I often think Steve is off his rocker, he is 100% correct in his questioning of why in the hell we still have our wagons hitched to the FIM and these WADA arrogant-asses who don’t know Supercross from Curling and Pole Vaulting.

Lets get one thing clear here first, Broc was nipped for having a banned substance from WADA’s designation and short of him taking a supplement on which this substance was not appropriately identified, it is on him to use his utmost diligence to assure he is operating within the WADA code. I’m not casting aspersions on WADA or making excuses for Broc, the results came in and they showed a rule was broken. The problem I have with the system in place is it’s a jerry-rigged system built for the Olympics and sloppily applied to our sport with penalties which are absolute career-killers. Is this what we really wanted by introducing this system of the snake eating its own tail?

You need only look back to the initial failed drug test which set this whole confusing circus on a downhill advance with regard to our sport, James Stewart. The second instance involving Cade Clason serves to only further the confirmation of the confusion when WADA is involved. They are not only difficult to communicate with, they are less than cooperative when an athlete is attempting to reach out to them for clarification which is almost a guaranteed necessity because when you look through their documentation for declared substance to stay away from, one of the first lines of disclaimer is “Including, but not limited to:”… are you fucking kidding me?! So you’re going to take the time to itemize a lengthy list but stop short by all but guaranteeing that athletes HAVE to reach out to, as they state it “If a Substance or Method is not defined in this list, please verify with your Anti-Doping Organization….” Uh, yup so here’s our list, it’s not complete, so go ahead and contact US to ask if your substance in question is prohibited or not…. Just one caveat, we don’t return phone calls or emails in even a remotely timely manner. Perfect, thanks! 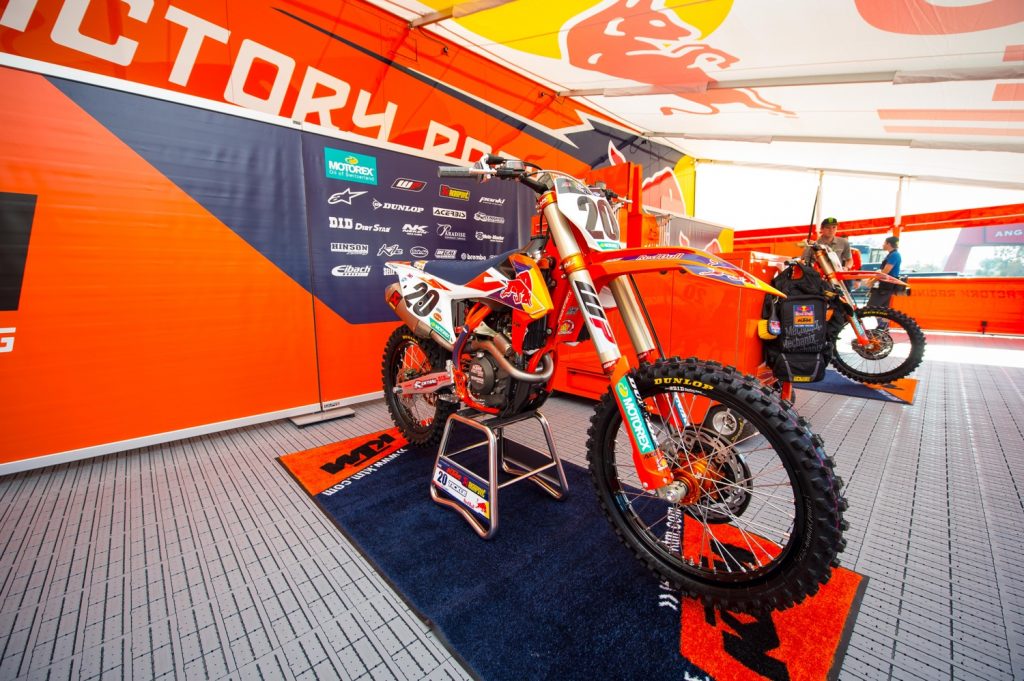 How long will the 20 be sidelined? The short answer, longer than can be justified.

Sure, lets test our athletes for drugs. Recreational, stimulants, all the stuff that could result in real world, on track benefits that would create a bonafide advantage over the competition. If one of our guys fails a test, he gets penalized– NOT career-over, but penalized. The black mark of a failed test of the APPLICABLY APPROPRIATE substances to our sport is going to be a deterrent in itself, adding on say a 5 race suspension to boot and I think we’ve got a pretty solid starting point for any appropriate and useable Supercross and Motocross drug testing program.

Is our sport better for the loss of James Stewart, Cade Clason or now possibly Broc Tickle?!!

These penalties were designed with the intent to be applied to Olympians as well as Olympic timeframes and it’s a fucking joke that we have allowed them to encroach on our sport and feast on our combatants like termites.