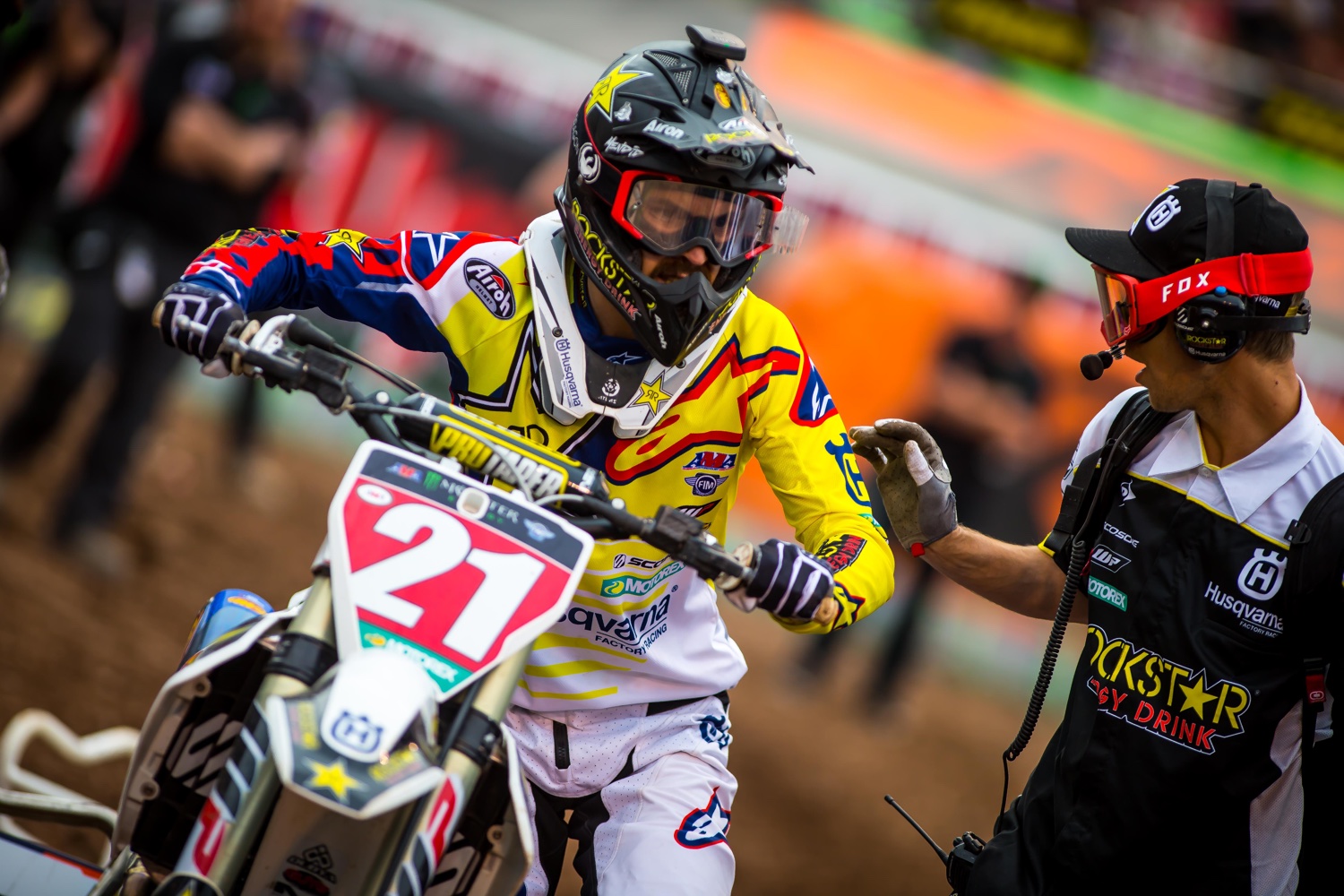 And that folks, is why we race every second of every round.

There’s a few things I’ve learned in my 41 years on this floating sphere (plateau if you’re Tevin Tapia) and one of the most bankable is, never and I mean ever, count your chickens before they hatch. Last week in Foxborough when Marvin Musquin made “the move” on Eli Tomac, there were many people who tweeted angrily at me that it was a chicken shit, last ditch effort by a guy who had no realistic shot at this 450 title. I thought to myself, “who are these people?”, and asked “are they being serious?”. I honestly couldn’t fathom it because I have that concept of not counting on anything as a given until it IS given, so comprehensively engrained in my fiber that I really though these people were either insane or just too tightly wound up in their American flags to know that these statements were patently nonsensical.

So the week is full of vitriol, adrenaline and expletives surrounding Marvin’s move on Eli. As the days ebb on, it the sketch becomes more clear and the disgust is much less about Marvin’s move and much more about his attempts to placate the fans with double talk in an attempt to force the dialogue surrounding the incident from a boil to a slight simmer. He wants to push out the awe shucks persona and not own the fact that this incident was 100% of his design. As the wind begins to pick up and the dust starts to roll in the “State of Sport”, all eyes are on the 3 and the 25. Every fan wants to see these guys meet once again on the race surface, to observe as Eli executes his obviously desired, retaliatory vigilante justice.

But you know what we get instead? The only thing that could possibly happen that could be better than what we hoped to see when we tuned in on Saturday afternoon. The only thing better than watching Eli Tomac’s sweet revenge on Marvin in Salt Lake City was an unthinkable, unimaginable, utterly improbable mechanical failure that would see the nearly Series-long points leader, Jason Anderson multiple laps down, with Marvin Musquin clicking off consistent laps at the head of the pack, with JAWS–I mean Eli Tomac, swimming through the field, sniffing the Frenchman chum in the water. Getting close but never close enough to take a bite outta the 25.

So here we are, on the eve of the Final round in Las Vegas. Eli Tomac has still not settled up with the 25 and the 25 is now VERY MUCH SO in this title fight following Jason Anderson’s preferably forgettable situation in Foxborough. 14 points back, to be exact. So please, heed my warning, when I tell you, never count your chickens before they hatch or assume that the trends in place are anything more than just that, trends. Because trends change, my friends, and when they do, often times, something remarkable is happening. Primarily in sport.

To put a finer point on it, here is the definition of “Trend” which is what those counting Marvin out of this title were basing their beliefs upon…
“Trend”- “a general direction in which something is developing or changing.

“Developing” or “changing”, people.
Trends are organic and fluid. Never a bankable commodity.