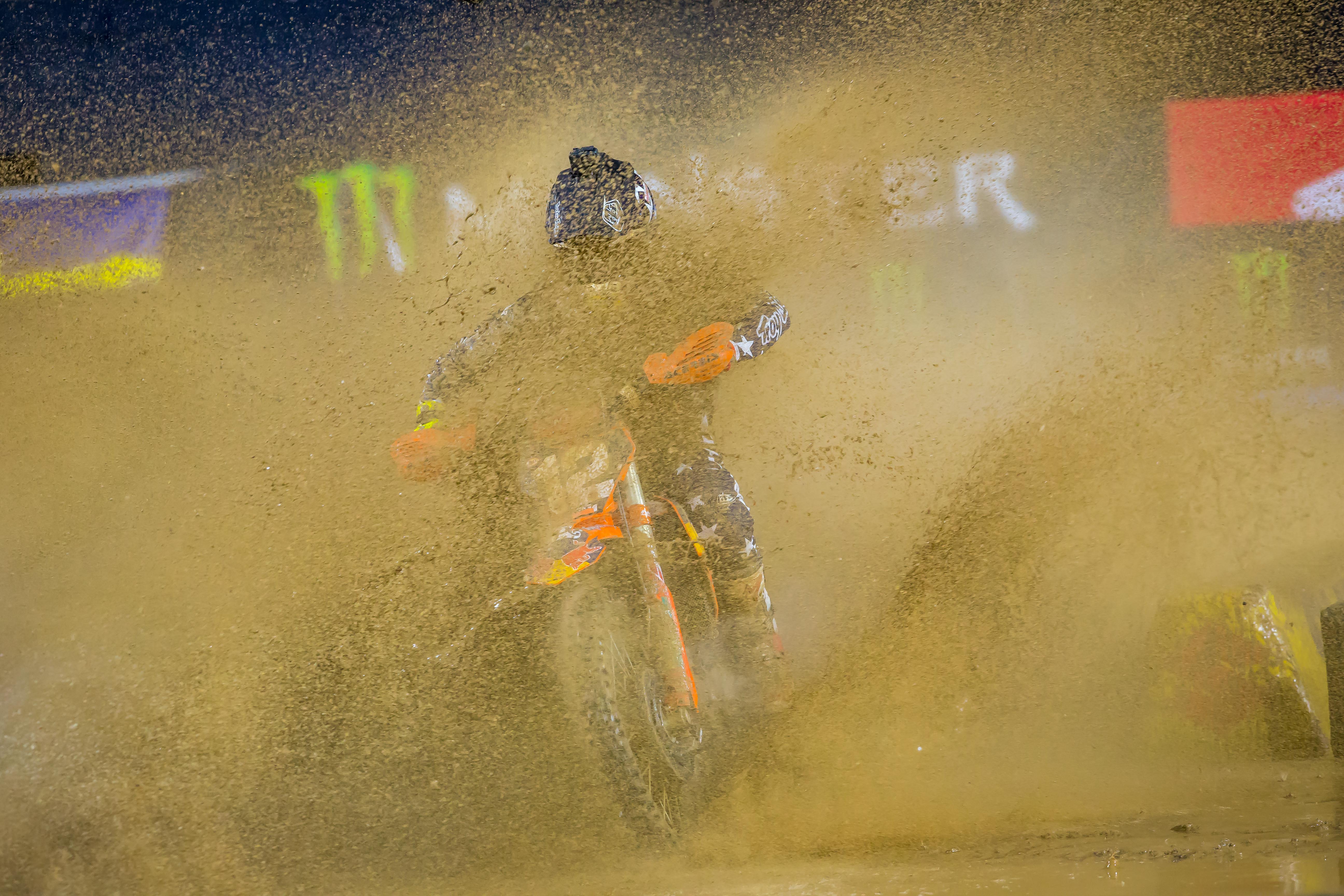 There’s all this chatter about the racers and the equipment following last weekends San Diego quagmire but you know who the real victims are in the Lime fiasco? Those of us who write about the goings-on in the sport and STILL don’t have an official word from the organization who made the call which resulted in all these burn victims, compromised parts and destroyed hard part finishes. I’m of course shrouding my point in a thick dose of satire, kind of like a Lime shrouds it’s tasty innards in a thick green skin.

Seriously though, we are now more than halfway through the third day after the event took place and still, mums the word from Feld on any sort of recognition that anything even fumbled during the race. It’s real hard to approach this with any type of honest response when there hasn’t been any indication as to Feld’s feeling regarding this. I can tell you the worst thing they can do is continue to ignore the situation as that only leads to more (and wilder) speculation from both those maimed and the internet masses who are all too ready to troll, denigrate and light torches.

This situation reminds me of a principles often referred to on The Adam Corolla podcast, the term is “Window of Negligence”. As luck would have it, this term appears in the Urban Dictionary with a reference to it’s birth on the show and I’m glad to see, it’s definition fits right in line with this whole Lime fiasco…

“The time period when a dereliction of duty occurs. Often, an ordinarily prudent member of an organization who normally exercises the level of care generally required for their position, will request that a window of negligence be granted by their superior due to time constraints or logistical complications. The partaker, in essence, is asking for a limited-time exemption from their expected responsibilities or in some cases, after dereliction has already occurred, leniency from their superior in regards to punishment for said subpar job performance that would’ve taken place within the window. The phrase was coined by Matt Fondiler on the 4/19/16 episode of “The Adam Carolla Show.”…

So you see, while Feld indeed does “exercise a level of care required by the position” in typical week to week race management, their Window of Negligence is now closing, or has closed by the time you read this and that would-be good faith leniency has morphed into a call from the masses for gross dereliction of duty with chanting echos of a far more serious and libel nature.

On Super Bowl Sunday, following the race I was of firm opinion that the ONLY wrong move Feld could make in this instance is to remain silent and hope it goes away. I’ve been shocked before by Feld’s insistence to rule in this manner but having seen it many times before, I am not shocked to see them handling it in the same way now. If there was any level of surprise for me, it would simply be due to the mounting evidence of their mistake and that evidence is everywhere. At this point I don’t know how this is going to evolve but whether Feld addresses it or not, I don’t see how this doesn’t end up tangled in the justice system somehow. Although it was clearly a miscalculation, the results are inescapable and someone will have to be held accountable. This is bigger than other the other “GATES” (well maybe not Lazergate) and as such it cannot be swept under the rug.

A ridiculous and un-evolving rider purse payout.
A relationship with the FIM/WADA who just thins our starting gates.
Nets to protect fans but not competitors.
Silence when an honest mistake is made that technically and realistically harms riders.

As long as the asses keep showing up and filling the seats, I guess nothing is wrong or needs to be done. Lets just keep focusing on how to modify the program so it’s more entertaining. Riders on fire would get some ooooohhh’s and ahhhhh’s, how about a shark pool to jump over? Matthes could prolly get behind some Gargoyles on the finish line jump. How about we only let them put one gallon of gas in their tanks and just watch them drop from the skies at verging points during the race.

This shit is already dangerous enough, how about the promotor start looking out for the fucking COMPETITORS THEY MAKE THEIR LIVING OFF OF?!

Lime is what got me on this subject but it goes far deeper and pisses me off far more than an honest water absorbing powder mistake.