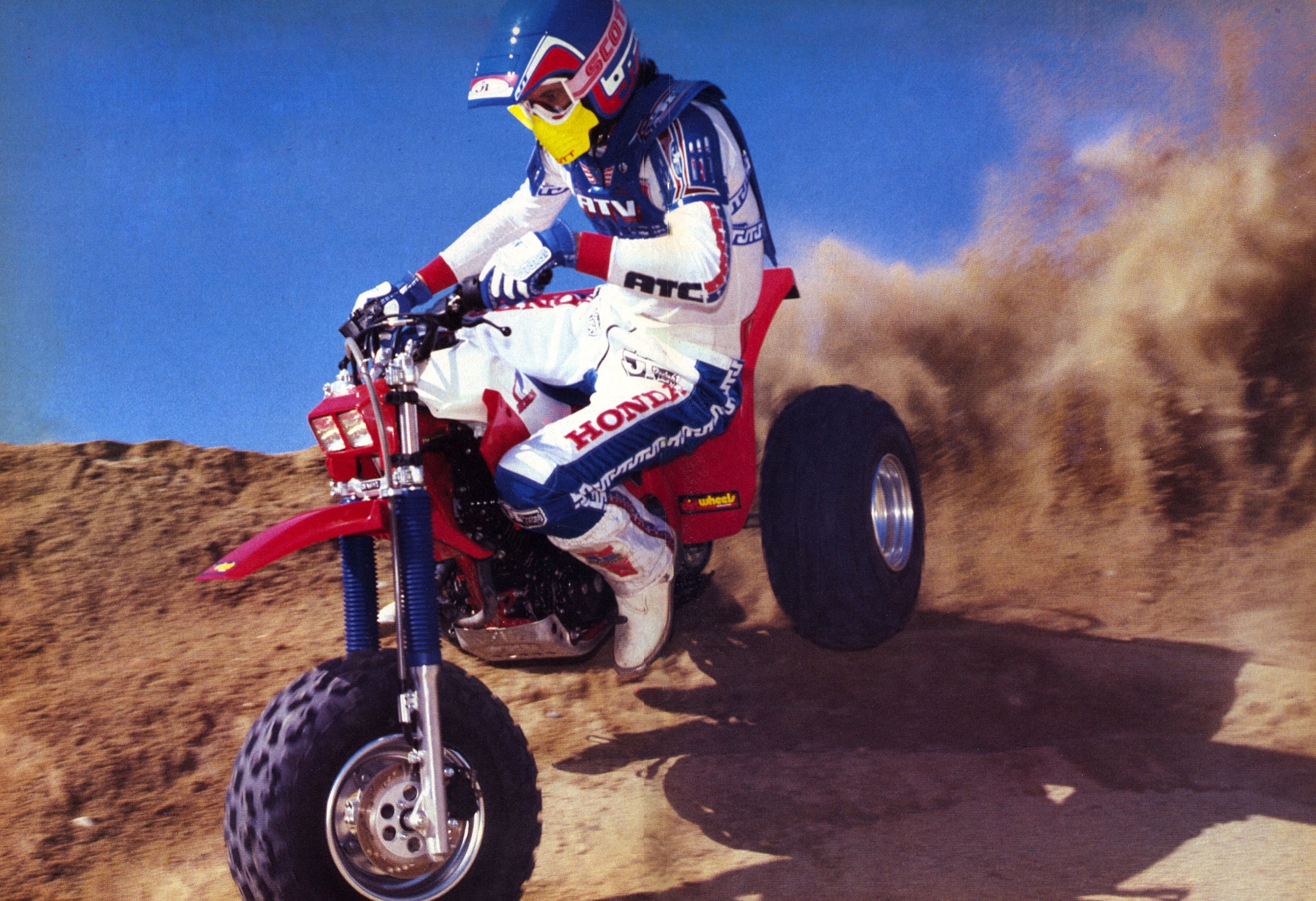 The Cult Of Trike

Three-wheeler lovers are an interesting breed. Every time I write an article poking fun at them or post a picture on social media of one with the hashtag “InjuryForcesSale,” I get a rash of defenders telling me I am ignorant of the truth like some kind of Holocaust denier or Flat-Earther. While in fairness, this same sort of thing happens to me anytime I write negatively about a bike that Joe Schmoe or Billy Bob had back in the day, it is more pronounced when the trike defenders are mobilized. 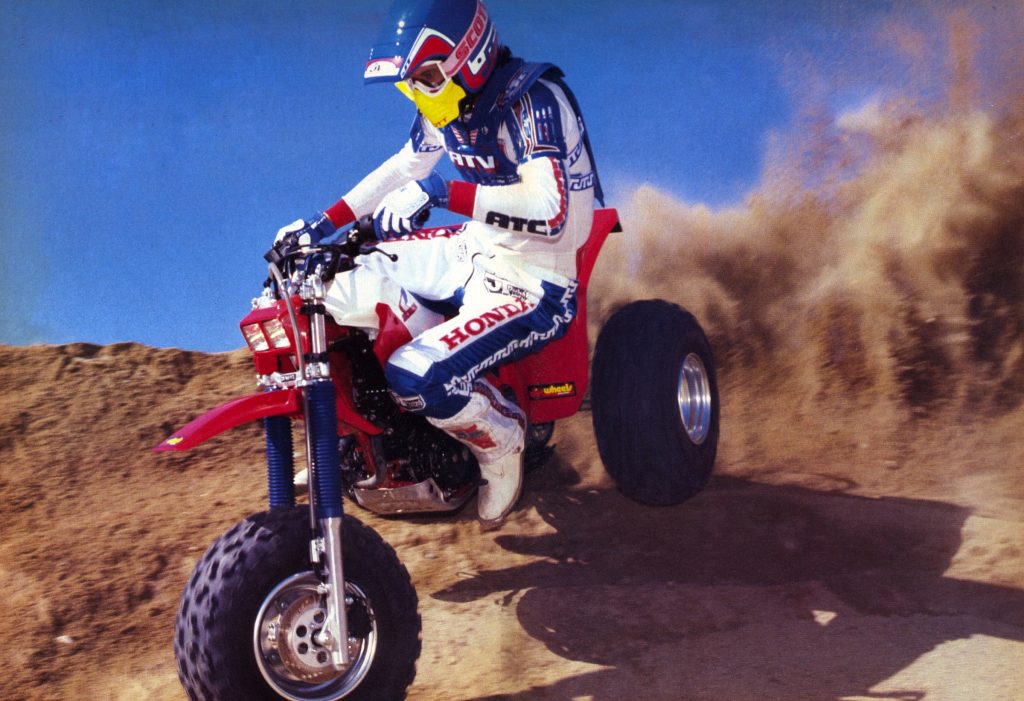 Recently, I wrote one of my Mutants of Moto installments on guys who take perfectly good motorcycles and turn them into three-wheelers. Personally, I find this behavior curious and fascinating. For my part, I cannot fathom why anyone would do this, but people also race lawn tractors so who am I to say? In the aforementioned Mutants of Moto, I poked fun at these creations, as I am want to do in every installment of this series (that is the point of them after all). This predictably elicited this response in the comment section.

“It’s clear the author is biased in his dislike of 3 wheelers and admits it in this “story”. What he is ignorant of however is that 3wheelers were not unsafe OR dangerous. What most don’t realize or know is that when the CPSC was trying to crucify the 3 wheeler and it’s manufacturers, a research project was done investigating injuries and deaths from 3wheelers and other common and popular items like bicycles, skates, skateboards and numerous other toys and items purchased for kids. The true results of this study clearly showed that injuries and deaths associated with three-wheelers were SIGNIFICANTLY LESS than all of the previously mentioned items that most all kids (and adults) had owned during their youth or at any times when compared to units sold per capita.

What the DATA clearly showed was that far more kids sustained serious injuries and/or death by comparison while riding readily available and accepted bicycles, skateboards, and other items than when compared to the numbers with 3 wheelers…  The facts are available if you REALLY want to know them.”

For my part, I want to set the record straight that I DO NOT hate three-wheelers. I grew up around them, have ridden dozens of them and have spent hundreds of hours in the saddle of them. Two of my stepbrothers have had several of them and while I was always more into two wheels, I can appreciate them for what they are. For my money, the Honda 1986 ATC250R and ATC350X (one of which my niece still races in vintage trike races) were some of the best looking machines Big Red has ever produced. Fun to ride and pretty to look at, these machines were deceptively easy to get started on but deviously difficult to master. Any noob can hop on a trike and putt around the yard, but once the pace picks up, these machines become devilishly challenging to control. Yes, as the commenter mentions above, skateboards and bicycles can also pound you into the ground, but they do it with much less force and typically, at much lower speeds. They also do not lull you into a false sense of security the way a trike does. Hop on a motorcycle, bicycle, or skateboard and it will be immediately apparent if you do not know what you are doing. It will immediately spit you off and let you know to be wary. A trike, on the other hand, appears at first to be no more difficult to ride than a lawn tractor (not the racing variety of course). Mom can hop on and knock around the campsite without any drama.

In truth, however, three-wheelers are far more skill-dependent than other forms of off-road machines. Their unique handling traits require highly exaggerated body positioning to control properly and a much more calculated approach to uneven terrain. Can a skilled rider go very fast on them? Of course, they can. A skilled pilot can jump a 100-foot quad and blitz 3-foot-deep whoops on a stock KX450 but that does not mean that the average Joe should attempt it.

The problem with three-wheelers was that they made mundane tasks ultra-skill dependent. Just turning a three-wheeler on flat ground at speed defies most people’s understanding of the way any other forms of off-road vehicles behave. Try turning the bars on an ATC200S at 20mph into a hairpin and see what happens. As I learned the first time I rode my brother’s 200, it goes straight into the woods instead of turning, that’s what (just as a sidebar, trees hurt). The whole “don’t stick your leg out” thing was also a major (broken) bone of contention for many. Add in side-hills, off-camber turns and irregular landings to the list of conditions that turn the puppy-dog sweet trike into a collarbone-breaking monster.

Of course, many of these issues were known to the manufactures and eventually fixed by the addition of a second front wheel and a set of guards below and behind the footpeg. Of course, ATVs are still dangerous and must be respected, but they are no longer devilishly so. As I said earlier, I have ridden just about every kind of off-road machine available and have owned close to a dozen ATVs over the years (everything from the original Fourtrax 250R all the way up to a monster 4×4 V-Twin Kawasaki Utility machine) and none of them have been as treacherous to ride as an ATC. In my many thousands of hours of off-road riding, nothing has consistently tried to spit me off as much as these tricky little beasts. To ride one, you need to always be on your toes and ready for anything.  To deny that is to deny physics and deny reality.

That is part of why people worship them now and why they got banned in the first place. Motorcycles are dangerous, so are cars (who kill far more people than all other forms of vehicles per year combined) and boats and bicycles and ladders, etc… In truth, we could vilify just about any form of off-road endeavor that we do. Accepting that danger is part of the thrill and an integral part of our enjoyment. Stating the facts about the dangers involved is not an attack and poking fun at a little inherent instability is not fake news. Yes, three-wheelers got pilloried in the public and banned by the government, but there were valid reasons behind it. Not all of them were always justified and it may have been better to let the market decide in the long run (quads were going to eat their lunch either way), but it happened and it was not a totally unjustified hit job. People still swear the TM400 Cyclone was just misunderstood and don’t even get me started on the hate mail I get when I say anything bad about Cannondale.

I get it, honestly, I do. I’m the one guy who loved the 1996-1997 RMs that I hear every pro from Jeremy McGrath to Timmy Ferry crap on constantly. I had them and loved them. Maybe I’m slow and just did not know any better, but for me, they worked. For you, maybe that ATC250SX did not try to spit you into a fence, and through a creek, and over a gravel pile. If so, good for you, but don’t call me a hater because you have more lives than Wile E. Coyote.

ATC Enthusiast- yes, but from a distance, if you please.