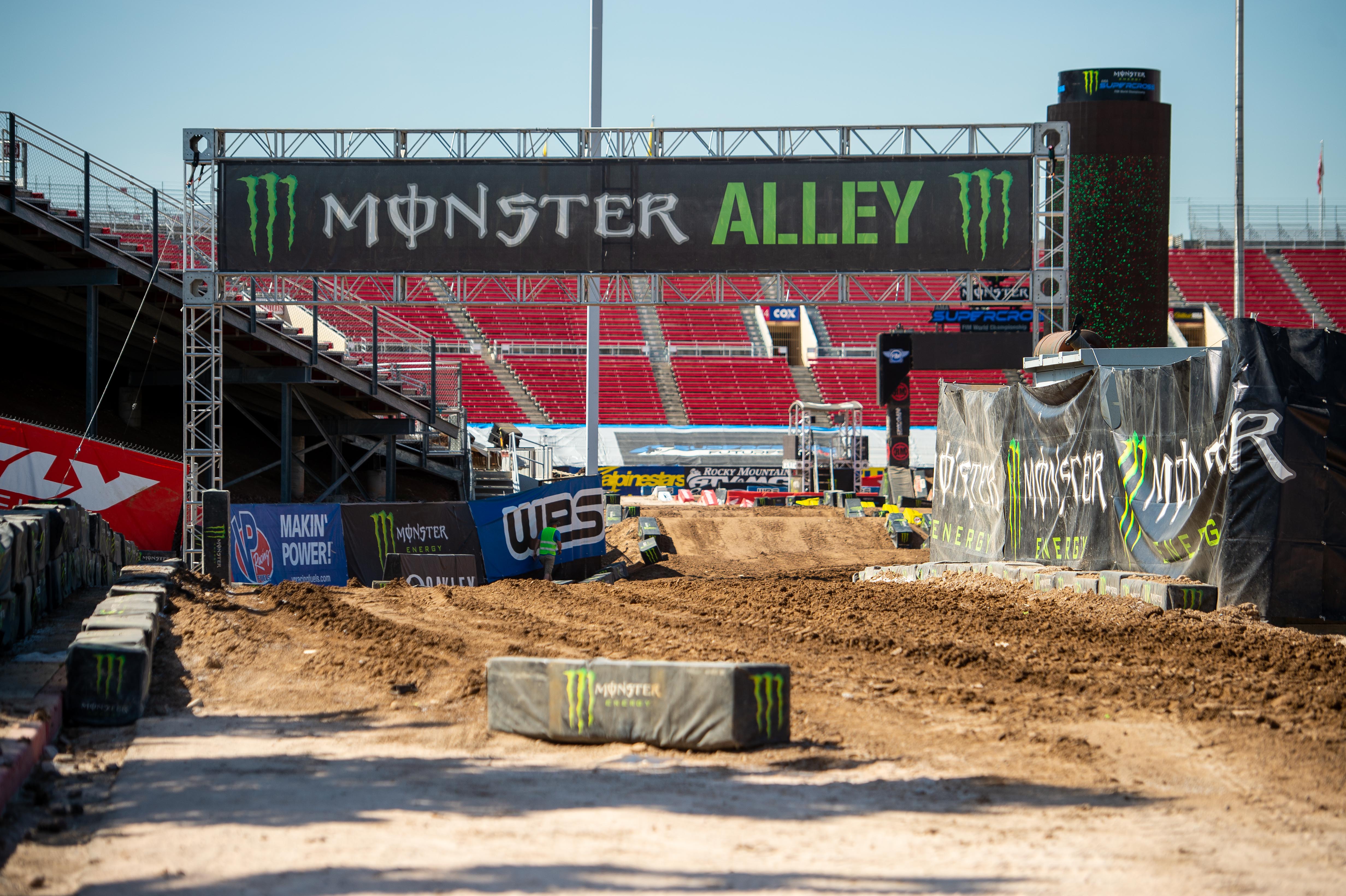 Steve says a lot of crazy things over the course of a year. That’s a lot, a LOT, of talking on the shows recorded daily weekly and monthly through the course of a typical race calendar-year. Some things are poignant, some are wacky. Some far reaching and wrong and every once in a while, he says something that is so indescribably obviously correct that it blows your wig back when you take it in, consider it and realize, “holy shit, Steve just blew your mind!” It’s not common but when that time comes it makes you feel like an idiot for not having come up with the thought first.

One of these moments occurred during last nights PulpMX Show #398. It was simple, why in the hell is the Monster Energy Cup not scheduled in the beginning of December?! SERIOUSLY!! As Steve said on the show, it just makes too much sense and seemingly most of the decisions made in this sport by those in charge of the minutia of its management seem to make every choice based around the almighty dollar as opposed to good sense focused on the future prosperity of the sport.

1. Closer to A1 where MEC fireworks would have more pressing implications on a 4-week away A1.
2. Further developed 2020 bike testing and setups give teams a much better idea on whether their race setups are headed north or south.
3. Scheduling after the MXdN solves a lot of THOSE issues.
4. Riders still working to lock in a ride in October won’t miss out when it’s run in December.

And now the negatives:

1. It’ll never happen because the people in charge of making this call would only do it if it meant more $$ in the bank. Even if it were an utterly lateral move with no drawbacks, unless it made more money; it aint happening.

Sometimes I hate the jaded fan that working at PulpMX has turned me into but you know what, I am seldom ever surprised in these instances and that reality is something I’ll take over playing the hopeless optimist who is continually disappointed.