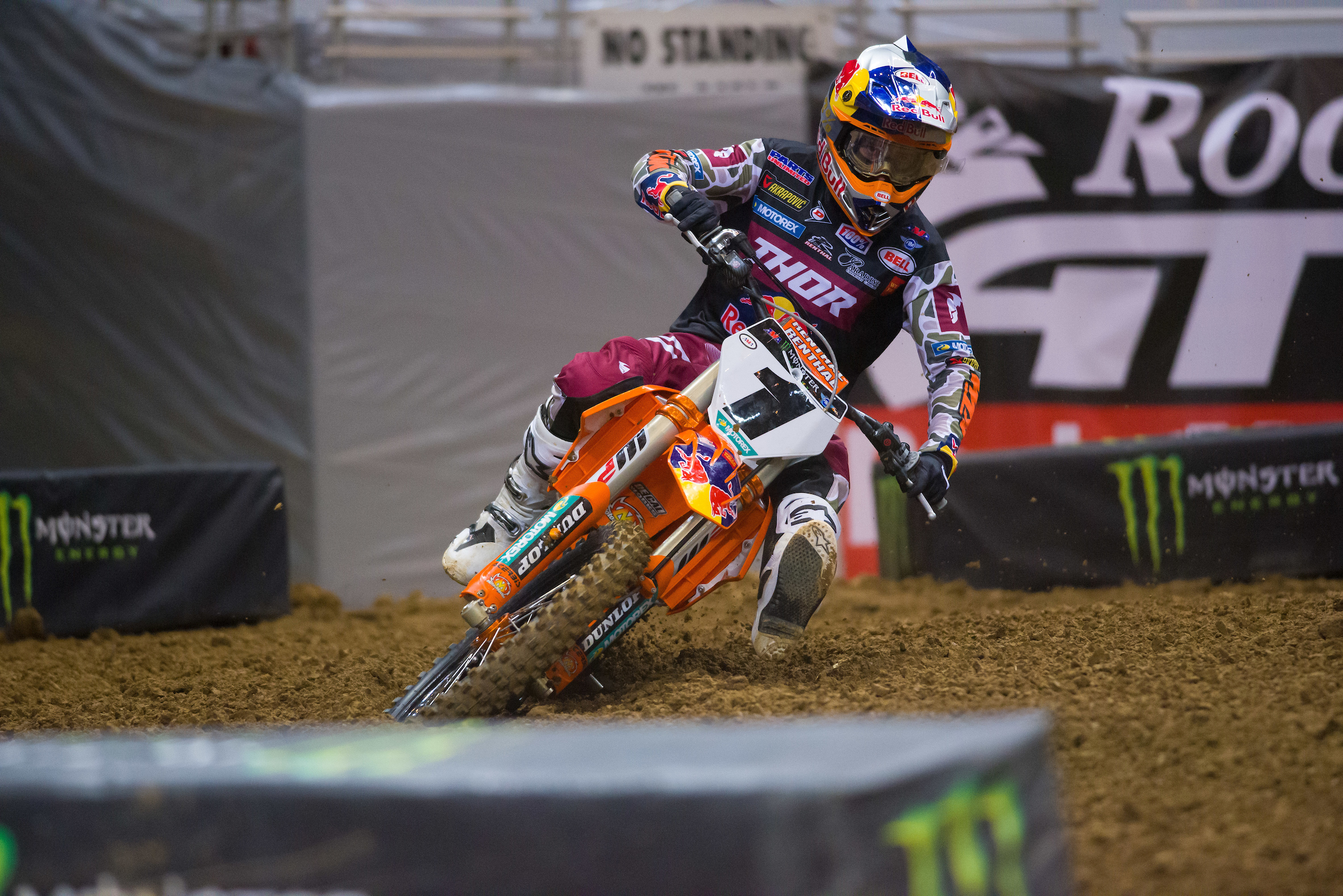 San Diego brought with it a few nuances which we haven’t yet seen through the first 5 rounds. Aggression seems to be the rule moving forward because when the parity is at an all time high, one must rest to close-quarters contact to move forward and steal away positions.

We’ve all read and seen the press day antics between Marty Davalos and loooooooongtime fellow MTF brethren, Justin Barcia. These guys live by one another, have trained side by side forever and have no doubt ruffled each others feathers before, so press day shenanigans aren’t altogether new; they just happen to be under the crosshairs this time. Marty really sounds like the 1/2 of this pairing that isn’t ready to just forget about it and move on. He sounds to have a chip on his shoulder and a point to make. With Justin Barcia still having a shot at this title, it’ll be very interesting to see if their antics evolve with further consequences.

The second most talked about fisticuffs from San Diego Wass AGAIN between Justing Barcia and fellow title-hunter, Eli Tomac. This situation is VERY nuanced. In the broader sense, yes Eli is the faster guy. I think we’d all agree on that as a whole but his speed supremacy over Justin Barcia is not so great that Justin should be expected to move aside and gift the position. On the other hand a guy with more diabolical race-craft like that of Cooper Webb may contest the spot a little less and latch onto the rear wheel of Eli to distinguish where exactly he was being reeled in and use that data in the closing laps to return the favor and resecure that spot. We all know the drill though when it comes to Justin; he certainly isn’t blowing people up prematurely as he became known for in earlier years but his current tactic is still faulty. These moves are slowing the progress of he and the other rider he engages in a massive way.

Eli had reason to be annoyed and frustrated by the contact of cat and mouse Justin was employing for those two laps. It allowed Adam, Cooper and Baggett as well, to get away.

In stark contrast to and perfect exemplification of this point, was the close quarters racing early between Adam and Cooper. As noted by Adam during the Post-Race Press Conference, when Adam and Cooper were tightening up to one another, Cooper identified quickly that a game of cat and mouse was about to develop and that would allow Baggett to reel them in. Cooper began yelling “Come onnnnn” to make certain Adam was going to continue racing forward Mano-e-mano as opposed to the speed sucking tactic of JB51.

Cooper Webb’s race craft impresses me more and more as the rounds click off. He really is like a massive tug boat navigating treacherous waters amongst a sea of faster more nimble fishing boats. Those other boats have periods of supremacy and capsizing, while the tug boat just forges ahead with little flash. It’s by design and his calm under pressure, even when things are looking sideways from the outside, he maintains his cool, knowing this is a moment run time and he will make amends in his next opportunity.

Cooper’s mindset is a huge asset in how resilient he is. He really doesn’t seem to live and die by the weekly results quite as much as most racers. I would guess his stubbornness is to thank for this. A poor result doesn’t dissuade him, it just pisses him off and to the opposite effect, when he wins he maintains perspective.

They all know how fine the line is between 1st and 7th in this field so a win has never been more relieving while at the same time less celebrated. It’s just back to work.