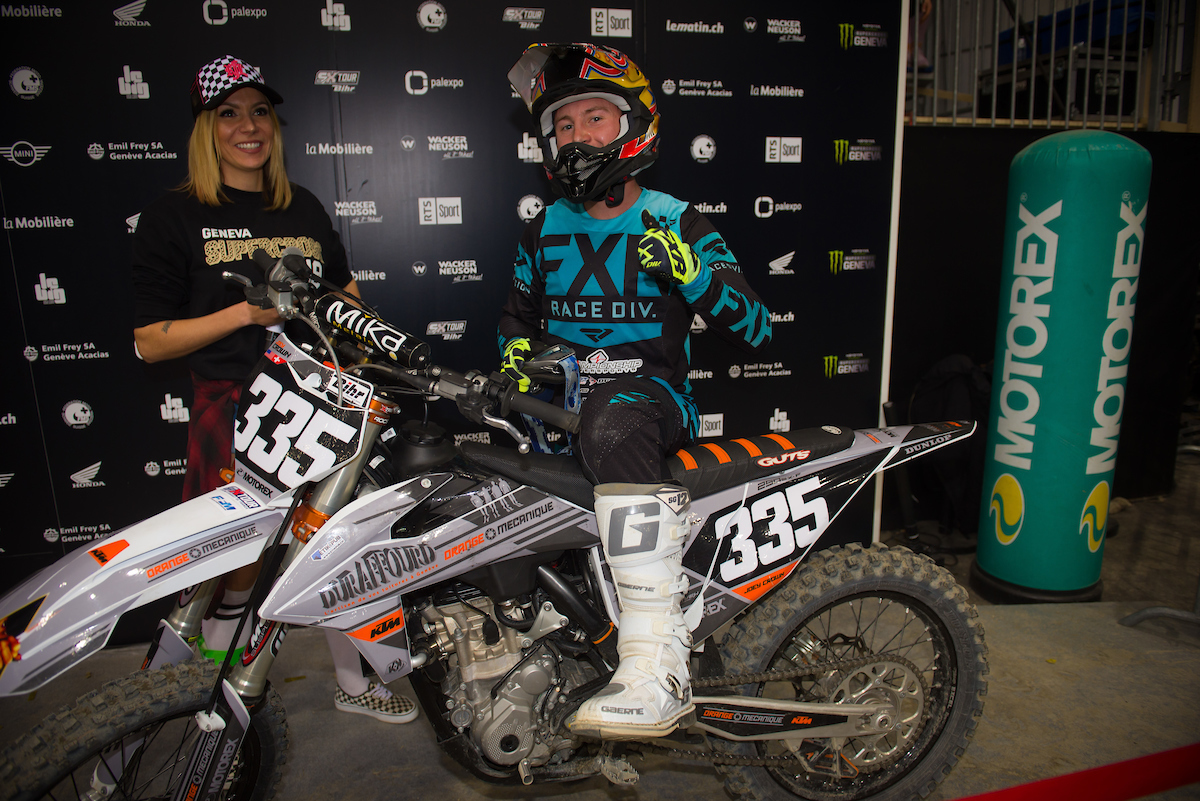 Hey everyone, thanks for stopping by again this week to check out the PulpMX Fantasy recap. Tampa provided and the highest overall Championship League winning score of the season at 317 points

Congratulations to MXGlen108 on taking down the PulpMX Fantasy Championship win in Tampa, let’s take a look at how he did it.

Keys to success: Glen’s team was pretty chalky for the most part, but two riders really performed for him at a very low pick trend, Justin Hill’s 38 points at only 8.5% were a huge difference-maker. Selecting Justin over Zach Osborne, who scored 28 points at 40% gave Glen a 12-point advantage on nearly half the field. Glen also made a very sharp pick with Jace Owen’s 38 points at only 14.4%. This gave him a big advantage over those who chose Josh Hill or Enzo Lopes, each of whom had pick trends hovering around 20%

Also, once again, we see how crucial the extra thirty FFL points are in determining the weekly championship.

We knew that getting the 250 class correct was going to be difficult for Tampa, and it was. This resulted in quite a few low owned riders putting up some good scores. Notables included Hunter Sayles (14) with 38 points at only .3%. We also saw Jace Owen, who spent his off-season racing the Australian Supercross series have his best night to date in the U.S. with an 11P finish, rewarding the 14.4% who picked him with 38 points. Finally, for the 250 class, Cedric Soubeyras had a nice 36-point night at only 7.2%.

Two notables snuck through without much ownership in the 450 class. Justin Hill had a surprisingly low pick trend of only 8.5% and rewarded them with second highest in class score of the night, 38 points. We also saw Adam Enticknap put his 722 machine into the main, scoring 36 points for the 2.9% who picked him.

Enzo Lopes has had his ups and downs in Supercross. This week was a down for the 19.6% of owners who chose him as he was only able to deliver 11 fantasy points at a 7 handicap.

AC didn’t have a disaster night in Tampa, but his 8P finish, which delivered only 19 points to 36.6% of teams certainly didn’t help. We also witnessed Jason Anderson having another sub-optimal night. He was only able to score 19 points via a 10P finish for 21.1% of the field.

Joey Crown’s 11P qualifying result was hard to resist! 41.5% of teams went all-in on Joey and were rewarded with a perfect 52-point score. We also saw Joe Shimoda’s top ten finish result in 36 points for 42.1% of the field, and Nick Gaines scoring 34 points for 41.4% of teams. 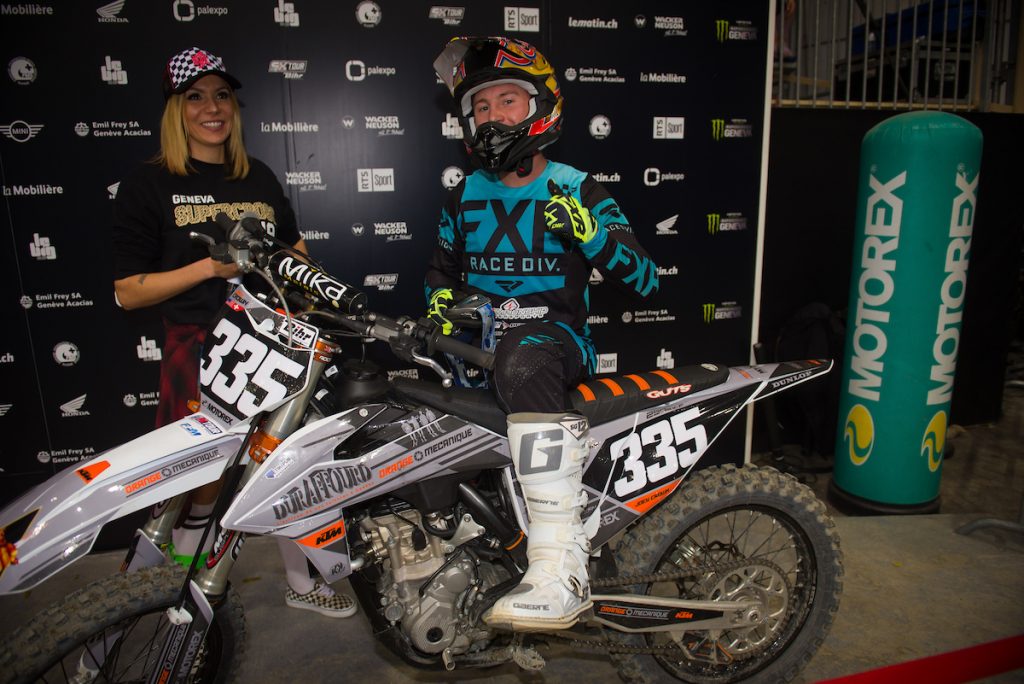 Dean Wilson had a couple of bad weeks in a row for fantasy scoring, but bounced back nicely in Tampa, putting up 42 points at 39.5%. We also saw Brock Tickle make a great and welcome comeback to Supercross with 36 points at 48.6%.

This was one of those weeks where it seemed like nearly all of the high pick trend riders hit for good scores. Not a good week for contrarian players!

For the season, Paul retains the lead at 323 points, followed by Steve who leapfrogged to second at 307, Dan in third at 293, and JT in fourth at 253 points.

Finally, a perfect score! Joey Crown delivers the first 52 points score of the season at the 7th round. Will we see another on the East Coast? With a deep field, it’s certainly possible! 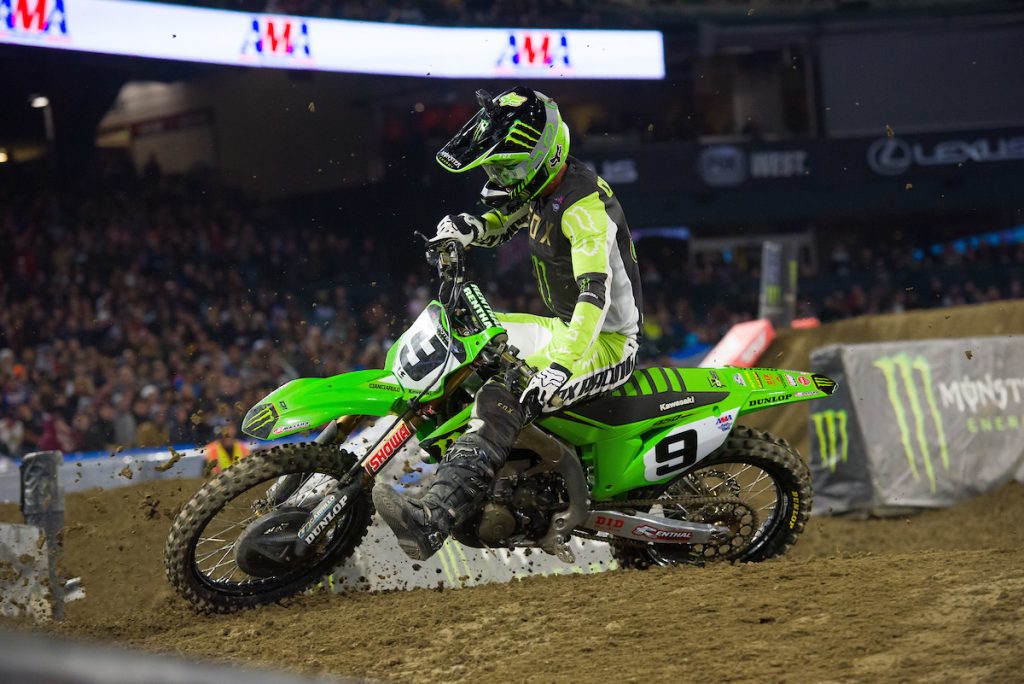 Speaking of the Championship League, we now have a tie at the top as EastCoastLifeStyle11 bounced back to tie things with Shurandy_Suga_SX at 1728 points. Their weekly average is a whopping 246.9 points. They are followed closely by Weatherman172 at 1725 points, his average weekly score is only .5 points lower at 246.4 points.

It’s hard to believe that we are rapidly approaching the halfway point on the season!

Tampa definitely leaves us with some question marks to be answered in the 250 class. A few riders who are just out of the top-ten will be interesting to follow, Souby had a solid night at Tampa at an 8HC and now sits in 13th overall, if he comes in at 5 or more, I would give him consideration. I am also keeping an eye on Nick Gaines. He was an 8 at Tampa and finished in 14P on the night, hopefully, he still has some value at Dallas

Justin Hill will deserve another look in the 450 class, he sits just outside the top 8 and has put in some nice rides lately on improved starts. We will also see Blake Baggett as a 2x points eligible rider again, due to his DNS in Tampa. If everything is physically OK with Blake, he might be a lock pick.