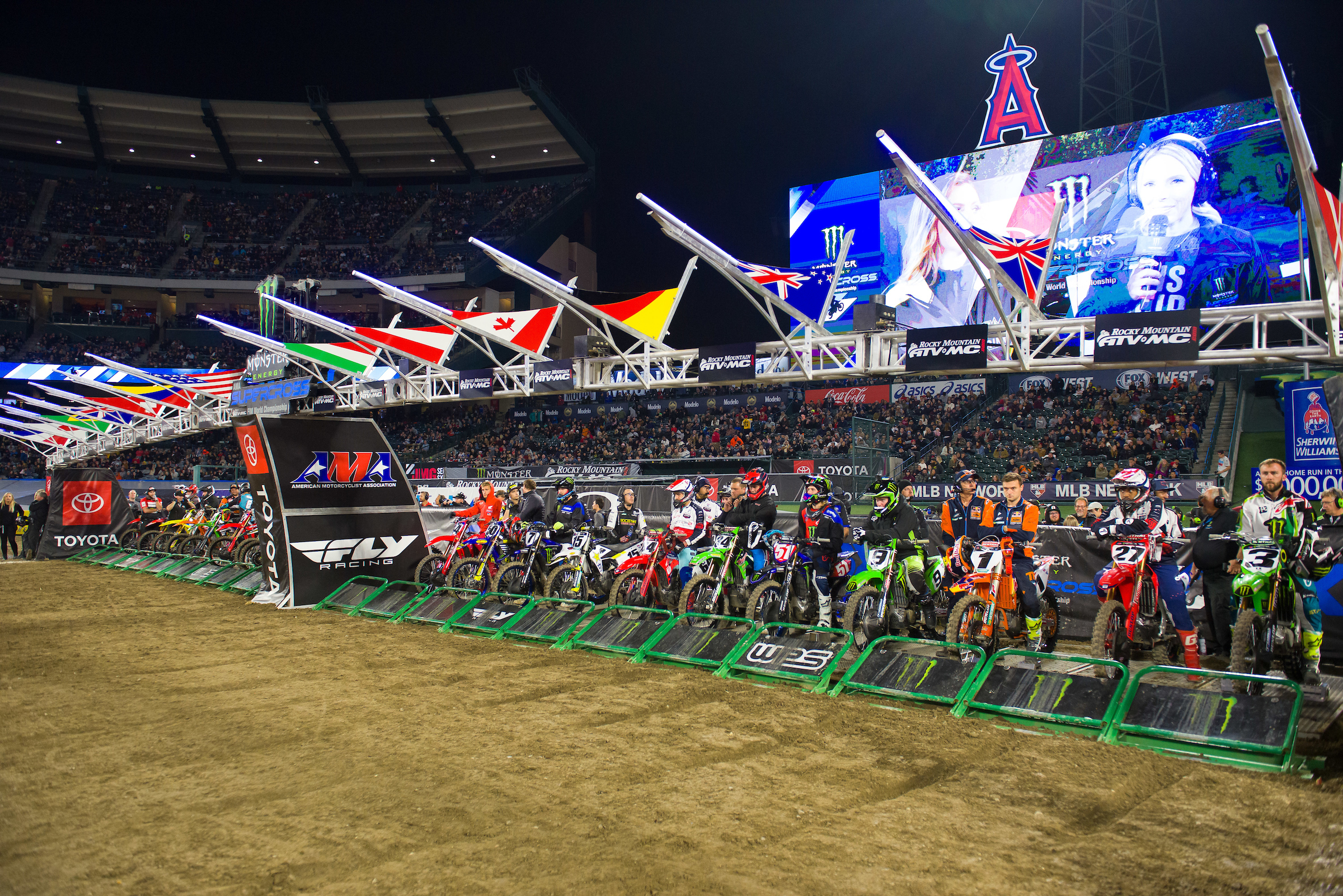 The series headed East to the home state of Feld Entertainment and something even bigger, JAMES STEWART! It was awesome to see James surface at a race again and not only make na appearance but really turn it into more of a celebration of his presence by doing media, visiting with those in the industry he held relationships with in the past and in essence just shedding the cloak of invisibility he’s worn for essentially nearly 4 years now. As with everything James Stewart, the way he disappeared was unique but it IS exactly what he told us he would do on more than one occasion during a PulpMX Podcast.

Keep coming back James, the sport is better and stronger with you in its orbit.

Broc Tickle made his re-debut as well. It’s pretty ironic that two top tier guys who’s careers were seriously sidetracked by the WADA rulings both came back to the stage on the same night. One behind the gate and the other behind the scenes. Broc has been preparing for this re-emergence for a while now and with the Joey Savatgy injury just before the Season kicked off, an opportunity arose for Broc’s return to be fitting of the top level guy he is, nearly 2 years off or not, we all know BT is an ass-buster who was worthy of such an opportunity. Despite prep being great, nothing can supplant actual gate drops when the points are on the line on a Saturday night. He was strong all day and despite high expectations, he really over-delivered when compared to what were used to from mid season debut’s. Usually, these mid series debuts are a lot of hope, a bit of over-optimism and ultimately under delivering and a serving of disappointment. Broc’s situation was all positives, especially for the level of the 450 class this year and the field being 6 rounds deep. This is a win for Broc and JGR alike, finally some good news for the good guys at JGR.

Man, this Brian Moreau situation is unbelievable. There is SOOOOO much speculation going on out there regarding the Safety Crew’s handling of him, what was or wasn’t relayed to them at the scene by Brian in terms of pain or feeling… It’s just another wake up call situation to us that this sport is brutal–It’s not like we need these reminders–… whether the medical services team acted completely appropriately or not, what is important right now is Brian’s recovery. Beyond that, you can bet your ass, the crew will be under a microscope now and procedures will be refreshed and underscored for the next incident. Just pray that Brian is ok and this reminder doesn’t bring with it life altering implications.

Aim your good vibes, prayers and thoughts in his direction.