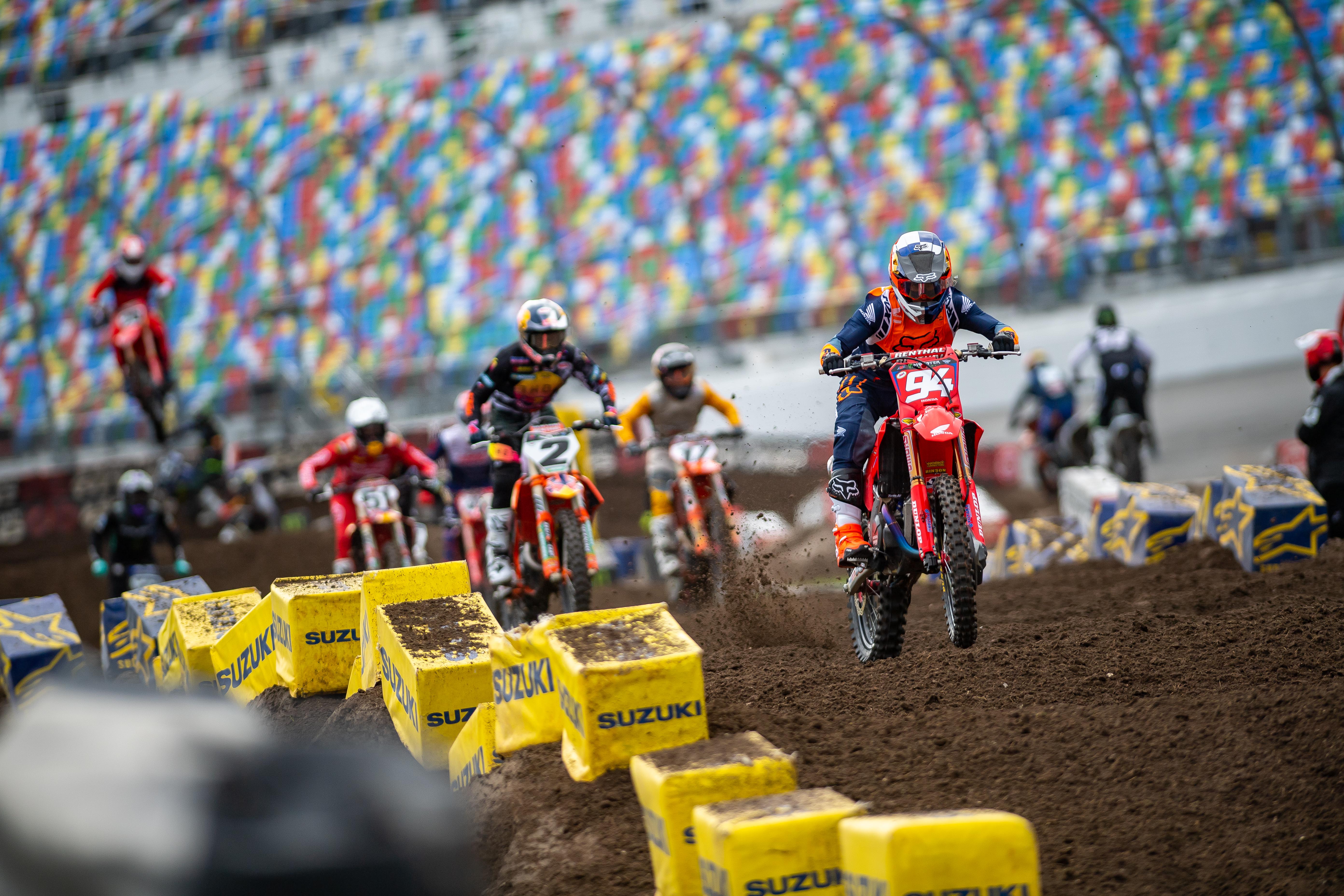 So we hit the one year mark since the World was rocked by the shuttering of the Supercross series. Ok well that is a little stretching of the truth but nonetheless, Daytona 2020 fell right in line with the often mentioned statistic that typically whoever leaves Daytona with the points lead, wins the title.

If that stat is to prove true again in 2021, we are in for an even more exciting homestretch of this series than the amazing results we’ve seen already. Ken Roczen has looked incredible despite the Dean Wilson lapping incident as well as the points penalty for jumping on the Red Cross flag at Houston 2. Cooper Webb is a typical slow starter but when this bulldog gets a sniff of the title fight, HE HUNTS! Eli may have AGAIN won Daytona (setting a new record for the track by the way) but coming out of the round, all the talk is surrounding Kenny and Cooper. Weird, sounds like the last few years.

Cooper has always had Ken’s number since they were both in the 450 class. Ken just puts his head down and focuses on what he can control, while Cooper on the other hand, enjoys the gamesmanship of little jab jabs in the press and on the track. At Daytona it was the first turn where Cooper immediately realized Kenny was in prime position for the #2 to control both of their fates as they rounded turn one into the second corner. Cooper isn’t a guy who waits opportunity present itself, he creates it and capitalizes on it.

Apparently Kenny was operating under a different understanding of how this fight for the championship was going to play out. Perhaps he thought it was an unspoken agreement to a more gentlemanly approach but Ken was clearly not down with Coopers move and took it as the proverbial glove slap across the face. This difference in approach from the jump is why I can’t see this title falling inline with that tried and tested Daytona points lead stat. Cooper is gnarly and Kenny is a mathematician. Kenny has always been the fastest guy with the most potential and usually rose to the occasion. Cooper grew up in the shadow of AC and it helped him develop a “me against the World” chip on his shoulder that molded the racer he is now. It can’t be untaught and why would you want to? When Cooper believes he has a chance at a win or another position, nothing stops him. He just makes it happen.

Will these guys get into anything crazy over the next few rounds? I wouldn’t expect it because I think Kenny is going to continue to focus on himself, get better starts and try to leave Cooper and his antics behind him. If Cooper starts up front though and creates an opportunity when he senses it, we will all be very happy race fans.

Kenny really needs to expect things to get wild though so when something does happen, it’s anticipated and he’s not rattled, because he certainly came across as rattled after Daytona.