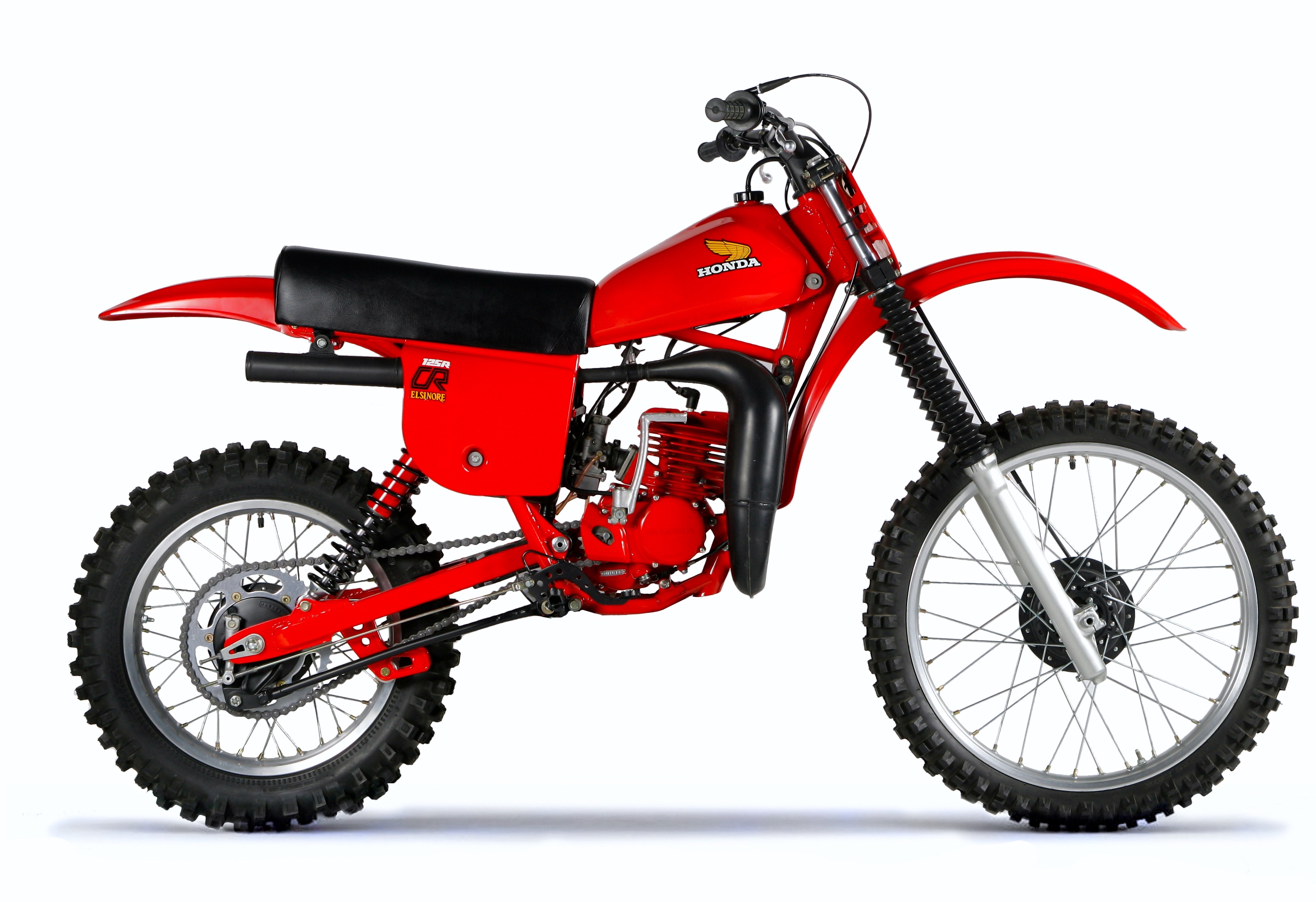 This week’s selection from Greg Primm’s Classic Steel is one of Honda’s more lackluster offerings, the 1979 CR125R Elsinore.

This week’s selection from Greg Primm’s Classic Steel is one of Honda’s more lackluster offerings, the 1979 CR125R Elsinore.

In 1973 Honda had knocked the motocross world flat on its tail with their incredible CR250M Elsinore two-stroke racer. Honda did it again a short time later with its revolutionary CR125 Elsinore. Honda’s new 125 Elsinore was worlds better than the other 125 offerings at the time. The 125 class had always been something of an afterthought to the European brands that dominated motocross racing at the time. The majority of their effort was always on the larger 250 and Open class machines. Honda had caught their competition flat footed and dominated small bore racing in ’74. Honda did not have the party all to itself for very long however. After seeing the immense success Honda enjoyed with its CR125, Yamaha and Suzuki were quick to introduce their own serious 125 racers. Over the next four years Honda soldiered on with only mild refreshes to its CR125. All the while the new Yamaha, Kawasaki and Suzuki 125’s continued to pull ahead of the quickly aging CR. In 1979 Honda finally decided to pull out all the stops and introduce an all-new CR125R Elsinore to take down the competition.

To say the new CR was a disappointment would be a massive understatement. Honda totally redesigned CR125R, only to have the bike get completely smoked by its competition. The new “Works” style motor was supposedly based on Honda’s RC125 Works racer but the production version lost something in the translation. The CR125 mill was plagued with a nasty bog off idle that made the bike difficult to launch smoothly. Once past the flat spot the CR had a decent, if not awe inspiring, spread of power. The days of powerhouse CR125’s were still years into the future at this point and the little CR was the runt of the litter in ’79. In the drag race to the first turn, the CR found itself behind the KX, RM and YZ most every time.

By 1978 the suspension revolution was in full swing with every year bringing more and more suspension travel to the bikes. Innovations like Yamaha’s monoshock and the forward mounted long travel shocks found on bikes like Suzuki’s RM had left the CR in their dust by ‘78. For ’79 Honda finally ditched its old school rearward shock mounting and brought the CR125 in line with its long legged competition. The ’79 CR125R featured a set of non-adjustable Showa rear shocks and front forks delivering 11 inches of travel. Unlike most of the CR’s competition there was no way to externally adjust any of the CR’s suspension settings.  If you did not like the performance, you had to take them apart to make any adjustments.

The suspension performance on the ’79 CR125R was best described as grim. The forks were harsh and unforgiving over jumps and small bumps alike, delivering a punishing ride to the rider. Compounding the fork’s poor performance was a great deal of flex in the front end. The forks were too long for their small diameter and they would flex badly enough to bind the fork’s action. The Showa shocks were just as grim as the forks. They were badly overdamped and pretty much hopeless. Since there was no adjustment built into the shocks, you were left to either live with it, or spring for an expensive set of aftermarket units to cure the problem (Fox sold a lot of Air Shocks to CR owners in ’79). Just like the front, the flex issue was a problem for the rear suspension as well. The wimpy steel swingarm the CR used would twist so much under a load that the bike would frequently crack chain guides and throw the chain. The new CR chassis was just not up to the stresses imposed by the long travel suspension.

The handling on the ’79 CR125R was no better than the suspension or motor. Honda had made the dubious decision to forgo the traditional 21-inch front wheel on its ’79 CR’s and instead installed a 23-inch wheel on the bikes. This led to a couple of problems for Honda. The first problem was tire selection. Since no one at the time actually made a 23” front tire, Honda decided to just design one. The result was Honda’s infamous “Claw Action” tire. The Claw Action tire featured a sort of semi paddle design that worked terribly on every surface. Even after Honda introduced the bikes, virtually no tire manufacturer jumped onboard to make a replacement in the oddball size. It was Claw Action or nothing if you bought a ’79 CR. At least the crappy tire took forever to wear out.

The second problem with the 23” wheel was that it just plain did not work. Honda’s ads for the ’79 CR made all sorts of claims about how incredible the new 23” wheel was. They claimed the new wheel was the cornerstone of the CR’s design. The innovative new wheel was supposed to make the bike track straighter and float over bumps other bikes would crash into. Unfortunately for the poor consumers who bought into the hype, the reality of the 23” wheel was far less rosy. The truth was the oddball front wheel gave the front of the bike a strange floppy feel in corners and a pronounced push entering turns. The single downtube frame was just as flimsy as the rest of the bike and would flex and dart all over the track at speed. The combination of the harsh suspension and bendo-matic chassis made the little CR a real handful.

The ’79 CR125R was a bike in need of a little more polishing before hitting the big time. It looked the part of a serious race machine but its performance was just not up to the best the Japanese had to offer in ’79. For 1980, Honda would go back to the drawing board and return with a vastly improved bike to kick off the new decade.