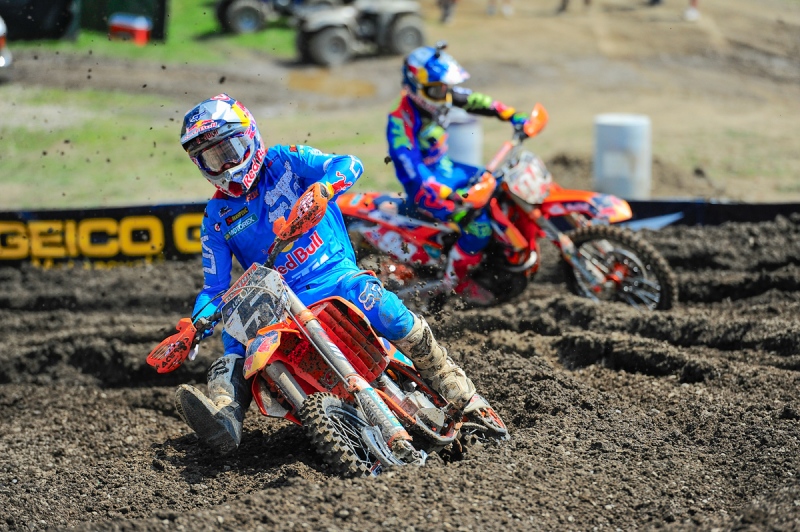 Le Cobra answers the questions that are on your mind

Le Cobra answers the questions that are on your mind

What was Unadilla like to ride for you and were you at all excited about going there your first time from reading about the USGP’s that were there?

Unadilla is obviously the most famous and iconic US MX track and I was excited to race there. I’ve heard about that track all the way from when I was racing mini bikes . They had GPs and an MXDN there and later on when I had my eyes and mind on racing in the US I was always intrigued with that place. I remember the US riders racing the Grand Prix with high numbers and this black dirt everywhere. Jacky Vimond and Yannig Kervella, the 2 best French guys in GPs in the ’80s, always talked highly about the track. It evolved a lot since the ’80s and the conditions are way different now. The cows on the land all year around used to be the bobcats and dozers of today. There wasn’t anything man made on the track back then. It was just a track made on a huge grass field. In my days, the track was very tricky and not as loamy as it was in the ’80s but I liked the place even if I never performed. I never podiumed an overall in Unadilla but loved the challenges of the track and the fact that it was so different from any other tracks on the circuit

Ryan Dungey, 7 points down…it’s not looking great for Kenny Roczen. We all seem to think Dungey’s got this but what about you?

The points gap between Ken and Ryan is melting down little by little every moto now. It has to be difficult mentally for Roczen now. 7 points with 4 motos to go is pretty much nothing. The championship is pretty much back to square one and it’s become a 2 race series for those guys. The odds have shifted and are more in favor of Dungey after witnessing the last few rounds. There is obviously something wrong with Roczen. Where has the Ken from Red Bud gone? He tried to get in the mix with Trey, Ryan and Eli in the great second moto those guys gave us in Unadilla but went MIA after 20 minutes in. It’s not looking good for Roczen but he still has the points lead. Can he turn it around and stop losing points on Dungey? I am not sure but if he can finish in front of Ryan in 2 of the 4 last motos of the season, he will have a shot at it. It’s going to be 2 interesting races, one on a brand new track and the other on a track they only raced once. Can’t wait to watch them on TV!

Great second moto, maybe the best one of the series…break down what you saw happening out there with the top four guys.

After a few laps, I thought we were going to witness a Toma runaway like we did in Millville. But that was without counting on the Canard determination to finally win a 450 moto. Dungey and Roczen didn’t have the great of start in the top ten but Ken actually passed Ryan in the opening lap with an aggressive move. It’s great to have the Honda boys mixing it up with the KTM boys. In a way, it’s a blessing for Dungey because it helps him gaining even more points on Roczen. That second moto was by far the best moto of the year. Halfway into the race the big 4 were within a few seconds. Canard held on to it even with making a few mistakes. His two passes on Eli on the same lap were awesome. He squared him off at the bottom of “screw you” perfectly in great Damon Bradshaw fashion and passed him railing the outside on turn 3, 2 amazing passes. Then, you have Dungey who kept plugging away, being aggressive in the first laps like he did in Washougal (and what he hasn’t really done ever) and caught up all the way to Canard. He could have even won the race with a couple more laps . That was a championship ride for Dungey even if he didn’t win the moto. He got the job done and gained 4 points in a moto which he’s a lot at this stage of the competition. I’ve said it before but Eli has been a great (indirect) ally for Dungey since he got back from his injury. He showed it again in the Empire State.

Trey switched to KYB suspension this week and was fastest in both practices, won his first moto of the year and looked great…probably not a coincidence right?

That’s funny because several years ago everyone thought you had to use Showa to win… PC went to Showa as well as Stewart, JGR and more… This season, JGR went back to Kayaba and now, Honda, the last team you would think would switch went to the “dark side”. I still believe it’s six on one side and half a dozen on the other when it comes to the Kayaba-Showa debate. A good Kayaba set-up is better than a bad showa set-up and vice versa. Did it help Canard win his first 450 national moto? Maybe but I am sure he could have done it with a Showa set. In days of suspension dynos and data bikes, it shouldn’t be difficult to duplicate a setup of any suspension brands to any other suspensions brands no matter of air, oil or water forks… This industry is funny sometimes. Every rider is always 2 seconds faster on their new bikes, the new engine is always 10 times better, the new tires are always “hooking up” better… I am not saying this about Trey in particular but sometimes just a sticker helps you mentally to go faster

Pourcel won Unadilla in a nice ride…Musquin was second in the first moto in another nice ride. The Frenchies love Unadilla!

CP’s win was surprising especially after his bad second moto in Washougal. His speed isn’t in question nor are his starts. He showed since the opener he can do both perfectly. The question that always comes up is his fitness. His riding relies on speed, line choices, starts and race IQ. But at some point you have to have a minimum of fitness to win a race. I don’t know if it was hot in Unadilla, I can’t tell watching the race from my couch. The Unadilla track is exactly where CP is good at, line choices, taking his time to roll the turns, keeping momentum in the ruts, being smooth and mistake free. If you look at him by himself (and also Musquin for that matter) and then watch any other top 250 guys, there is no way you’re saying CP can go faster than them. He looked like he was breaking his bike in all day. It’s pretty amazing to watch.

CP’s riding style is exactly what you need to be efficient on a track like Unadilla. I’ve been tough on him because I really believe if he was doing his homework the right he would dominate this class like a Carmichael or a Stewart did before. It frustrates me when I see him lose positions after 15 minutes of racing and just riding around like he did too many times this season. Last Saturday, even if he didn’t really fight Martin for the second moto win which he didn’t have to to win the overall, he rode 2 great motos. Despite what everyone could think and even him, I was happy (and for him) that he put his shit together and finally won a race.

Any problems with Team USA of Dungey, Tomac and Martin?

It’s a very logical team after what we saw in 10 MX races this season. The only worry I have is Martin in the 250 class. Jeremy had an awesome summer but the MXDN is a very special race. I’ve seen RC dominate this class in ’98 and ’99 and struggle big time at MXDN the same years as well as Baggett when he was “the man” of the 250 US championship. I would have been a little more creative if i was the USA Team coach. Dungey, Tomac and Martin is the team everyone would pick and it’s the easiest in terms of riders racing their bikes and class. But, if I was a MXDN coach, I’d like to bring experienced, older riders with never give up attitude. I am not saying Martin gives up, on the contrary he showed he wants to win every moto this summer but he’s young, lacks experience and we don’t know what he could do against tenacious and experienced 450 riders.

Before coming up with a MXDN team (if I was DeCoster which I’m far from it), I would have asked Tomac and Canard if they were willing to step down to race the 250 class and if Factory Connection was willing to help one of those 2 riders with the bike . My first choice, after what I saw in the 2013 season in the Nationals and at Des Nations in Germany, would have been to have Eli race the 250 again. Without an insane crash in Germany, he could have won a moto on a 250f. That’s huge for a MXDN team to have a rider win a moto on a 250. But, again, nothing wrong with the USA team this year. It’s logical and they will once again be the favorites and have a target on their back…

Four motos left, give me the four moto winners in the 250 class!

I’d say Martin wins 2 of them. Gotta put a Frenchy in there , so Marvin and Webb. Not sure if CP can win another one but I can easily be wrong…