Wow. I can’t remember, at least not in recent history, a track actually picking sides and saying “NOPE!” to a particular color of motorcycle on a more broad base than we saw on the 4th of July race weekend and Red Bud. The National Motocross Series’ BEST track decided to single out the green machines and all but squash their hopes of victory in both classes. It was surprising, bizarre and created drama in every situation.

I’m all for that.

First of all, lets talk Eli Tomac. We’ve all been perplexed by Eli’s tendency to falter at utterly sporadic moments but those moments do seem to be waning as he continues to develop his bike as well as his race-mind. Interspersed throughout Eli’s Green career, in an eerily balanced ratio, have been mechanical failings which are always more of a bitter pill to swallow than those failings of a riders discretion, physical or mental toughness, or even outright boneheadedness. It’s pretty odd how a rider can stifle their own progress on any given weekend for any number of reasons, yet nothing will demoralize and kill the mood of a team like a mechanical failure leading to at a minimum lost points or at a maximum, injured pilot and title implications. 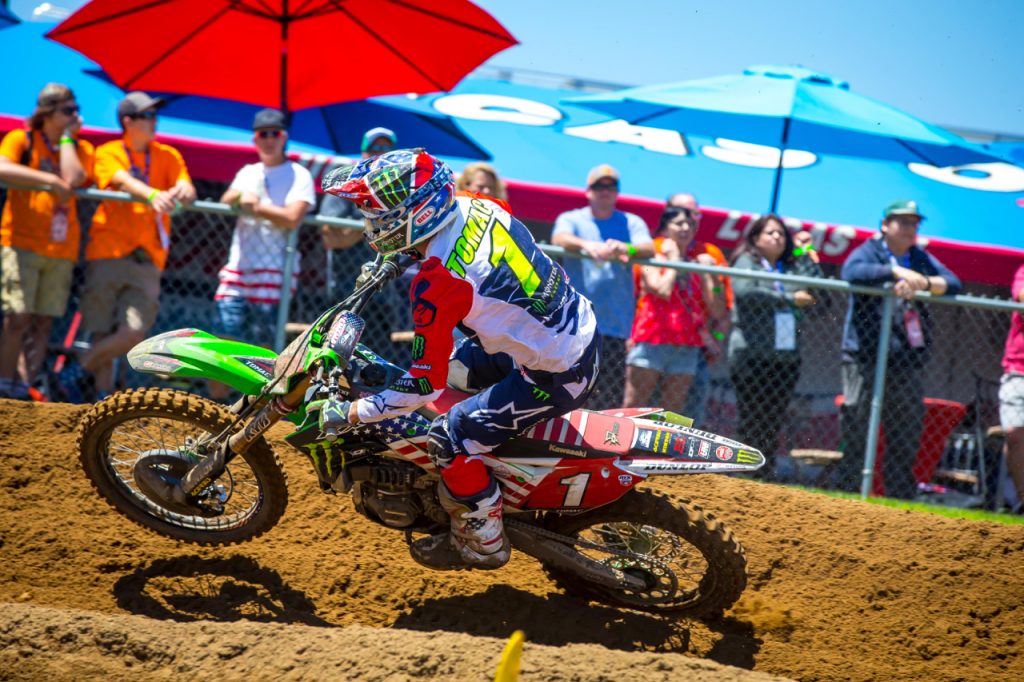 Eli’s first Moto DNF due to mechanical failure with only 3 laps to go is the sort of gut punch that is irrecoverable on a weekend. I’m not saying that Eli’s resolve won’t be found during the week and heading into the next race on the calendar but with each mechanical failure leading to DNF, a little piece of elite mojo dies and like one of my favorite bands sings “It’s hard to give, it’s hard to get and once you’ve lost it, it’s always gone”. “IT” could be respect or trust and in this scenario, they are one in the same. Eli is a very common sense type of guy, so you know he accepts that these things happen but I would be shocked if in his conversations with his most trusted non Kawasaki-employed friends or family, he wasn’t conveying his concerns.

Eli is by no means an underdog following Red Bud but with his falters, whether personally or mechanically, being notably worse than Marvin’s, he just might be with one more before this series wraps up. Regardless, there isn’t a person who is a fan of Moto who expected Eli Tomac to bring his 32pt advantage into Red Bud and leave at a 3pt disadvantage. Yes, this 450 title just got at least a bit more intriguing.

Then there was the incident between Austin Forkner and Aaron Plessinger. Let’s be clear right from the “git”, Aaron Plessinger is not dirty nor was the pass dirty. In public, Austin is being extremely docile in his description of what happened and that is a good look for him and his growth as a, let’s say, honest and energized kid. We all know how full of gusto and spunk we were at the age Austin is and I have little doubt most of us would be mother-offing Aaron for the move and honestly, maybe Austin is doing that behind closed doors but I’m thinking he’s begun to learn from his past transgressions and that is part of the maturation process we all go through. 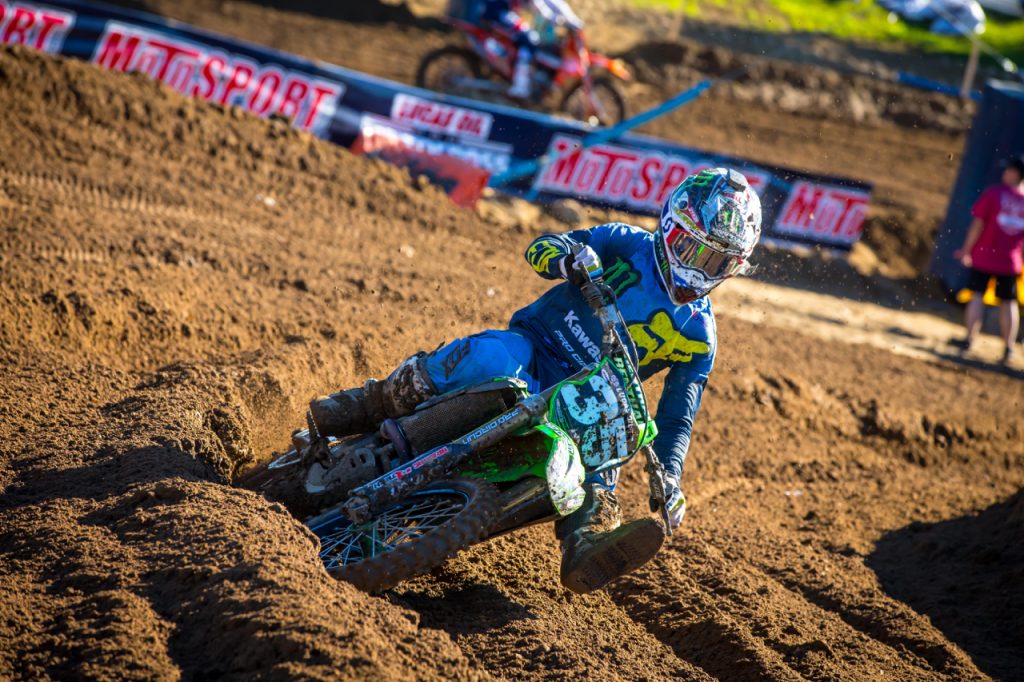 Earlier this year in Supercross, Austin came in VERY hot and made some ill advised moves in my opinion and they resulted, ultimately, in an abbreviated SX series. I was not a fan but as this motocross series has progressed, I find myself endlessly entertained and admiring his tenacity in the great outdoors. All that piss and vinegar gets him in trouble in the stadiums where accuracy and timing are ever so important but in the wide open outdoor tracks, he can get away with that approach a bit longer. In the incident with Plessinger, it was again a miscalculated timing issue (thinking he would be beyond the impending danger of contact with AP before AP reached the banking of the turn’s exit). It’s that aggressive nature that makes watching Austin so much fun in the outdoors and as long as he’s not endangering others, bring it on I say.