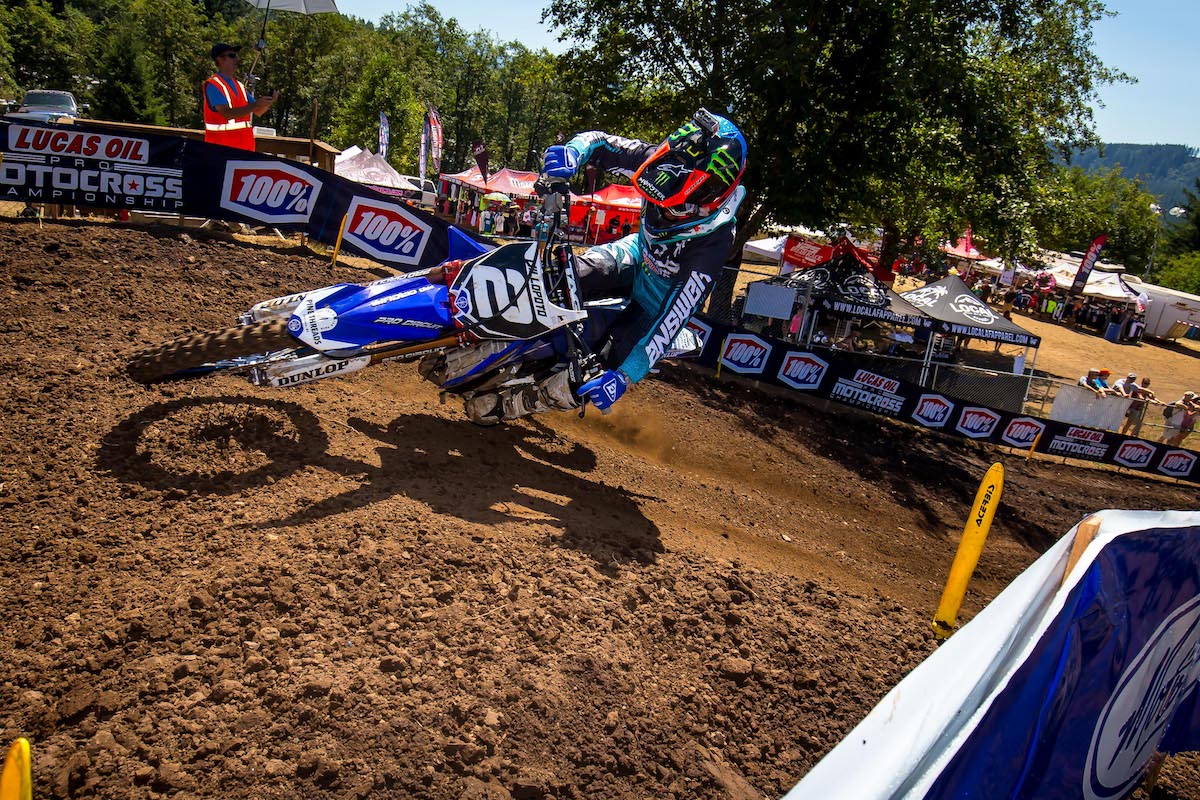 Congratulations. A win is a win. We’ll take it. We haven’t had a win for a long time, and you got one today.

It’s not like something happened. I won. It’s been a little bit of a drought, it has.

It’s great. Back on the top of the podium. It was a lot of fun.

I heard you were upset because a 15-year-old kid beat you at Hangtown and now you had to deal with a 55-year-old, Mike Brown.

Did it look like I was upset? Opposite ends of the spectrum right there. This one kid that’s 15, 16 years old, and then I show up here at Washougal and I wasn’t expecting Brownie to be the guy. So Brownie holeshots. I get into second, get up there, and then all of a sudden blows the turn. I pass him, and then two laps later I was like, okay, who is behind me? I thought it was Wil, because it was a big mistake that he made. That’s how I was able to get around him. Then all of a sudden I look back and it was Brownie. I’ve obviously seen photos and videos of him riding here for Mitch on a 125.

He was good here, too.

Fun to be back, though? A lot of people around, a lot of fans come around. You’ve been enjoying yourself. Is it fun to be back up in the Pacific Northwest?

It’s cool. It’s a lot of fun coming up here. I haven’t raced since ’14 here, I don’t think. Drove up. I slept in my van and just pitted out of it. The whole weekend has been rad. It’s been fun.

Are you driving back?

Chad at Moto Box did the build on it, did a phenomenal job. I have air up front. Actually we pitted out of the slider door this time instead of the back. So I have air for my bike here, air in the back. 25 gallons of water on board. TV, air conditioner. What else could you ask for? It’s home away from home.