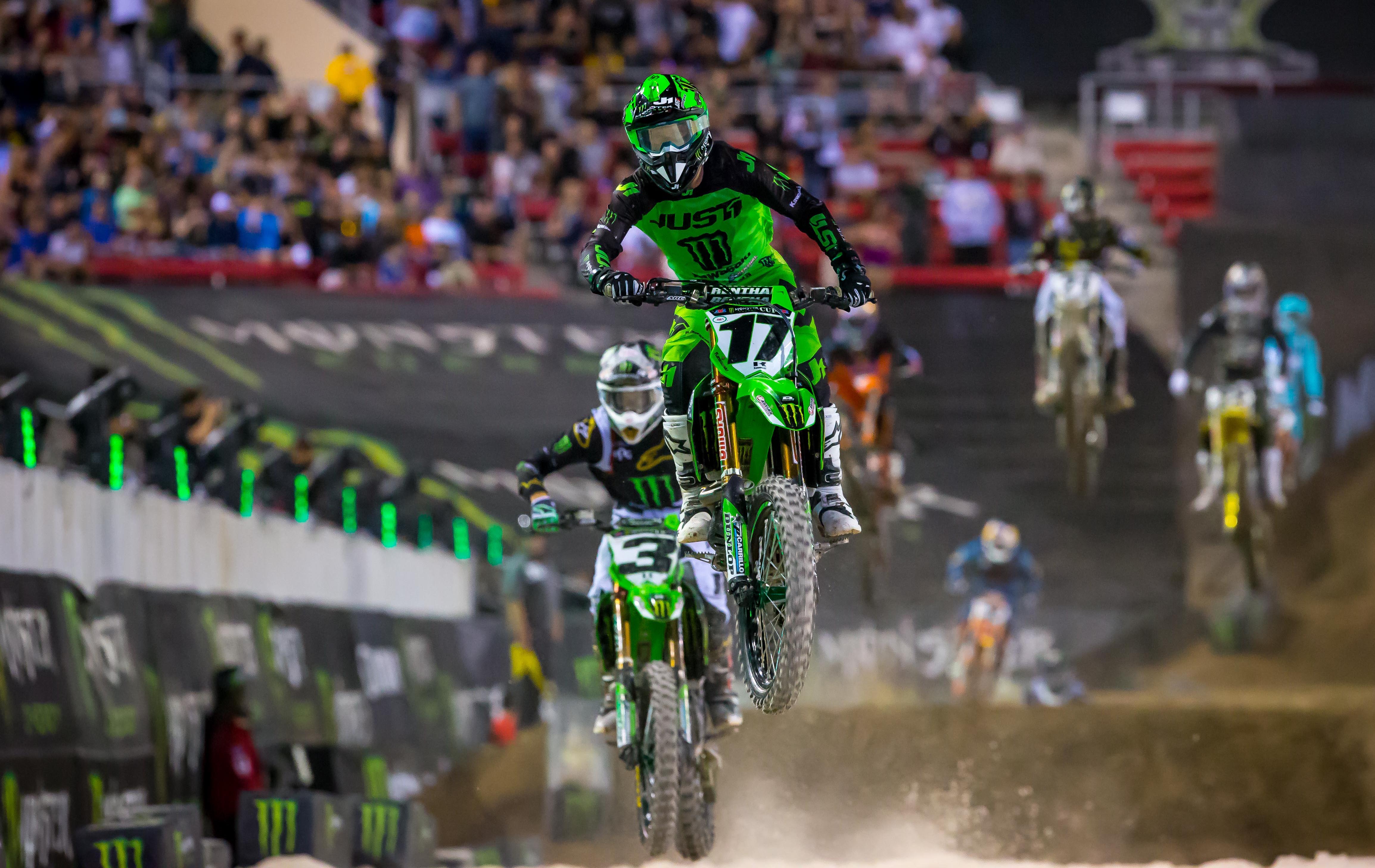 I’ve seen and heard many different takes surrounding that 3rd Premier-class race from this years Monster Energy Cup, it’s pretty crazy. Some people think that our beloved sport is no better than professional Wrestling now, staged and predetermined. Others want to string Eli up from the nearest tree because of how much of a hypocrite he is after railing against Marvin Musquin for pulling over for the Dunge. There are of course parallels drawn from the great Keith McCarty sign, highlighting his not-so-great spelling proficiency with the “Let Brock Bye” sign. There are myriad other takes but I need to get to my point.

Two things really bug me about the way this years Monster Energy Cup turned out. Firstly: False Advertising in real-time. As the laps wound down in that final race and Eli picked off his opponents one at a time, It was clear to me that Joey’s lead was great enough that Eli was going to come up JUST SHORT. Devastating. After all that effort to come up one position short of the perfect night of racing and payday. It was a slightly unfulfilling sense but it was just because that’s how racing goes typically. The Cinderella Story doesn’t play out. Bad hands are dealt and the neatly constructed perfect story with the bow on top, is left in shambles.

When Joey began slowing his pace and looking over his shoulder on the last lap, I felt a sense of vertigo. No way was this dude who had his confidence permanently ripped from his ownership at this very same GPS location barely over a year ago, going to play the chump on the grandest of stages. WAS HE?! Welp, with one last look back and a wave of the hand, he did just that. Whatever. Personally, I don’t care that Joey did that. It didn’t steal any money from my pocket, I ain’t mad that Eli pocketed a mil. I really don’t give a rip that some random fan was also awarded a sum of money that could literally CHANGE FUTURES FOR PRIVATEERS. Nope, the false advertising that bugged me was the pseudo-excitement that the TV crew exuded when Joey checked up and Eli snuck by. As Ralph and Fro’s pitch and cadence increased, my head began spinning as I could only wonder what the hell was going on. Was I confusing the situation? When that pass was orchestrated (NOT RACING), I was immediately left with SX Blue-balls. This is not an exaggeration. We were literally on the cusp of the culmination of the events main purpose, then suddenly the outcome was known and it was not genuine. It was not racing. I hate disengenuin-ness more than anything and this action, coupled with the rise in excitement by the broadcast crew, felt like they were selling shit and hoping fans would buy it. The roar of the in-stadium crowd seemed to eat it up but I was just left feeling confused and cheated.

The second part that left me feeling confused was the actual decision by Savatgy. Short of there being a team meeting/directive prior to that third race (which I fully admit is pretty likely), that move by Joey is one that only serves to reinforce his 2nd tier standing. Name me another Champion-caliber racer of any era who would agree to play that role? There are none. You might say Marvin Musquin but he has yet to prove that in the 450 class. JMB of years past sat out because he refused to play that role. Hurricane did it but he wasn’t hi-fiving and bro-ing down with Broc after the race. This was the action of a team player and I get it, it’s Joey’s first 450 competition on a new team and without doing it, there would be at least a real sense of “ickyness” in the team semi heading into Anaheim 1. That being said, Joey has now firmly planted himself in the good graces of those established members of Team Kawasaki. Who knows if in the long run this move will be looked upon in a positive light by Kawasaki brass or more than likely, it will be only slightly considered in comparison to his race results. Joey had a real opportunity to make a bold statement in that last race… and he did but it isn’t the one Champion’s build their careers on.