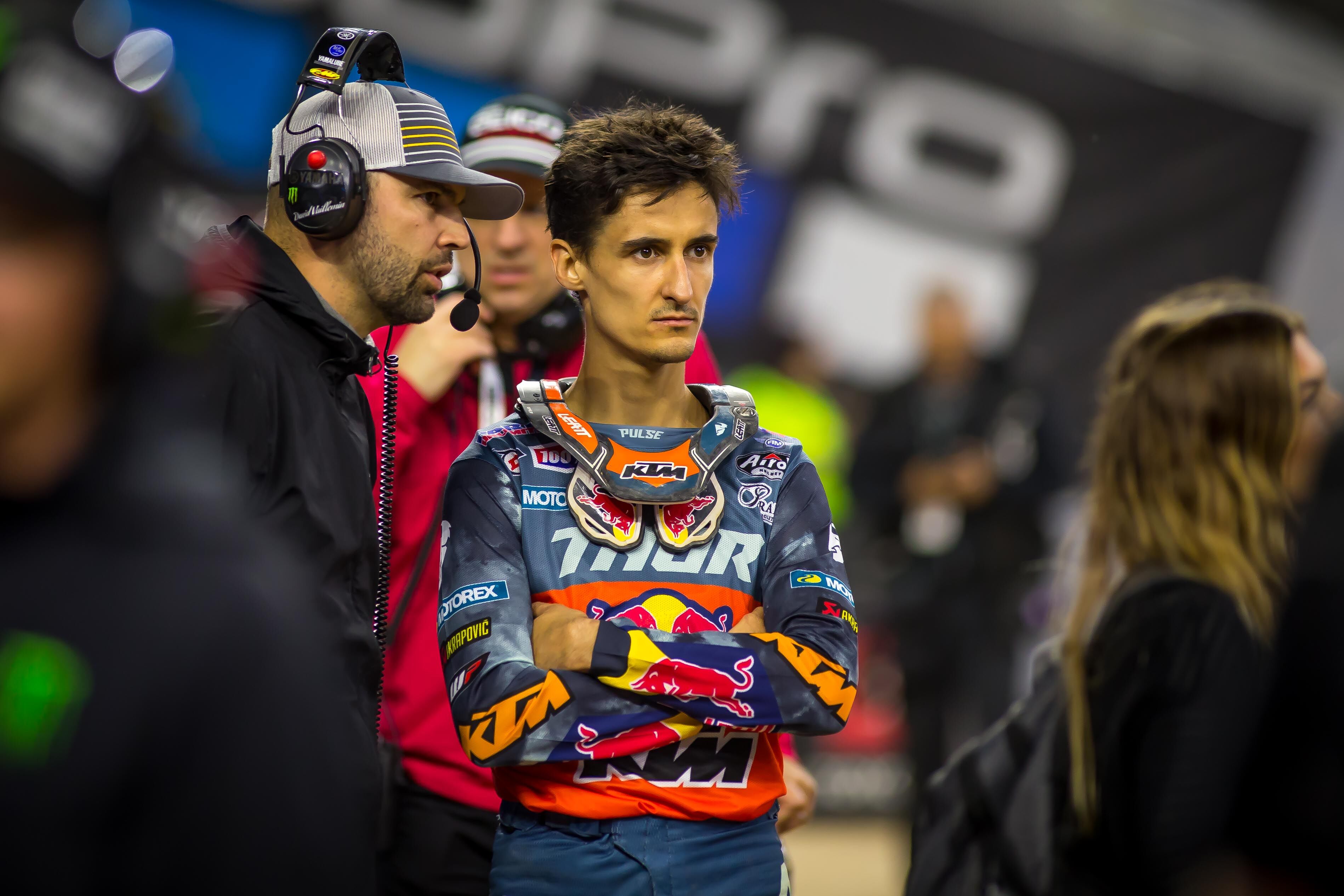 It’s crazy how with a year left to go on Cooper Webb’s Yamaha 450 contract, there was already widespread belief that he was headed for ‘Oranger” pastures. It was one of the worst kept secrets in the history of Moto but one that was inevitable and really no one could legitimately second-guess… even Yamaha brass. They may not have liked how it all was playing out but they were possibly the MOST confused at what was happening week to week with the #2 Yamaha.

Just like B comes after A and 1 + 1 = 2, the most basic question everyone immediately had was how in the hell is a Cooper Webb and Marvin Musquin KTM squad going to work out?! Initially everyone hoped that the two would start from scratch and erase the harsh criticisms, mostly by Cooper, of the past, beginning fresh with a wanting to change Cooper Webb. Cooper has never been a guy who hides his emotions, or if he is, he is the worst at doing that in the history of the sport. A few weeks back on the PulpMX show Cooper actually spoke very frankly about how his debut into the KTM and Bakers Factory program and how he came in with his hat in his hands and his tail between his legs. He was a former 250 dominator embarking on his 3rd year in the 450 class where the prior two years had been filled with strife, confusion and struggle. He wanted to change and knew he HAD to change in order to reboot his 450 career and not be just another 250 specialist who couldn’t make it happen in the premier class. He apologized for his past confrontations and sharp words targeted at Marv, admitted he was not the alpha dog in this new environment and basically asked for forgiveness upon arrival. It was all working out exactly as diagrammed and game planned through twelve rounds.

And then the Houston Triple Crown happened.

Leading into Houston the teammates had yet to show any signs of hostility or a breakdown of the fresh perspective they had signed on for. Sure Cooper had shocked everyone and not only positively rebooted his 450 career in a few short weeks but Marvin appeared to not be hitting the panic button or showing signs of urgency that might lead to some inner-turmoil but with one slight moment of easy contact in the first race at the Houston Triple Crown, Cooper Webb’s spitfire soul was sparked to life and it was the Cooper Webb of the 250 days we have all seen many times before and just knew was destined to emerge again. You can’t change who you are. When your pulse is measured and your focus pure, you can say all the correct things and put a plan in place but as they say, it’s all fun and games until someone gets punched in the mouth. Cooper didn’t exactly get a punch in the kisser but what he did get was a little notion that Marvin Musquin is not going to roll over and let him take what he feels is rightfully his. Cooper is in the drivers seat, he has the points lead with the red plate but there is not question, on a given night, Marvin can be the fastest guy and that makes him a threat. Cooper has known that this moment was on deck and the fact that he responded to Marvin so quickly, repetitively and aggressively just shows that he has had his own damage-plan on deck as well. He wanted to show Marvin that even the slightest instance of contact initiated was not going to be even remotely considered anything less than a shot across his bow. Cooper Webb will respond with fire and fury at any sign of resistance.

We knew this day would come and it will return. The only question is which orange bike will remain standing when it does?