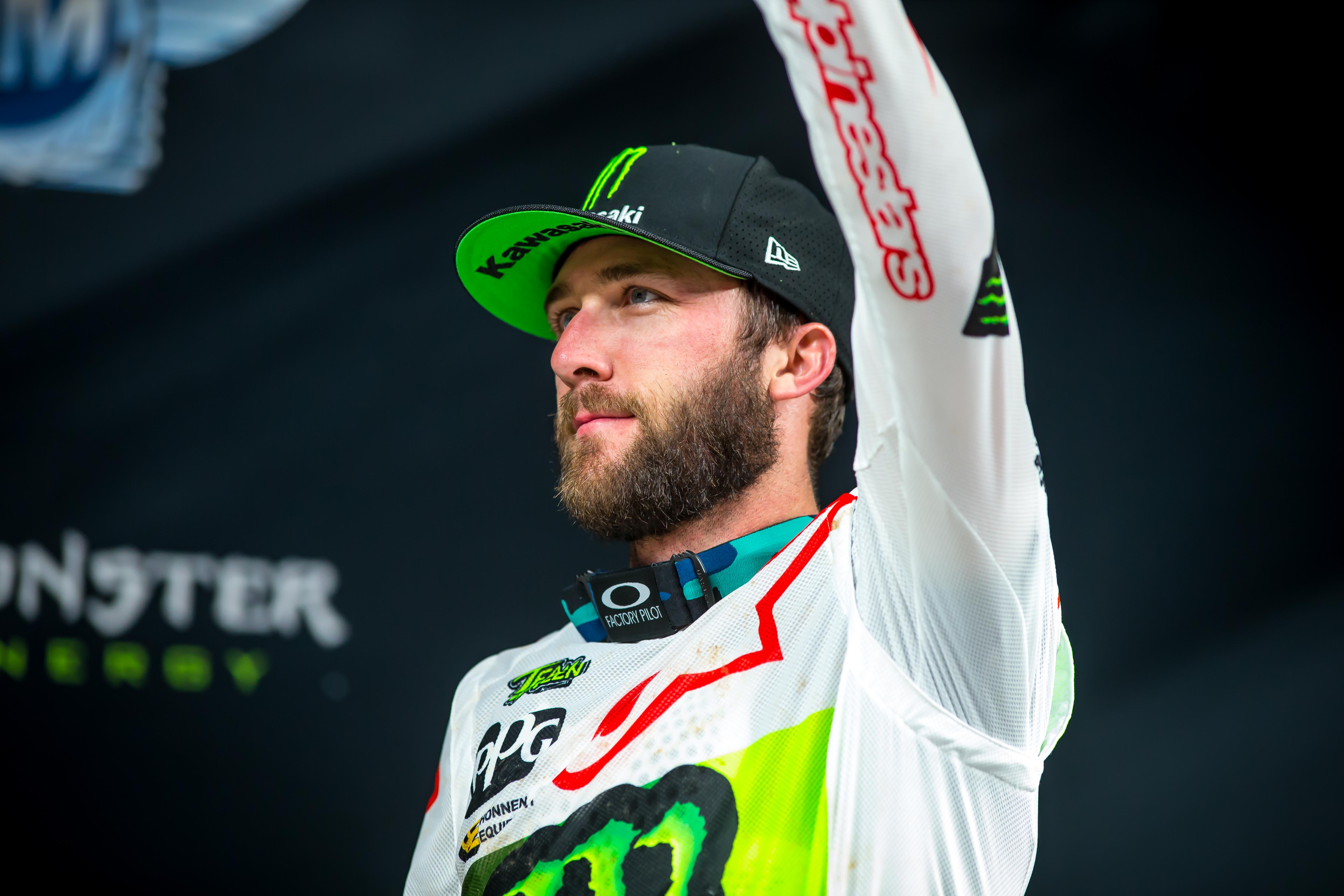 We haven’t been to Denver as a series in many years and if you’re Eli Tomac, the visit couldn’t have come sooner or at a more dire moment.

Early in the week when the photos of the Mile High track started making their way around social media, anyone and everyone who either doesn’t cash a paycheck from Feld or actually race these tracks week to week was in full “RV hand-rubbing” mode. I know I was. The thought of everything that could happen on a race track succumbing to inches of snow or even a blizzard was as amusing as anything I could imagine, save for a Daytona 2008 revisit. Our amusement was short lived though because reports from Denver area locals started flowing in and sure enough, the snow had stopped, was melting, was gone, sunny skies and before our imaginations really got a workout, the plastic was coming off the track and they actually began watering!

So we knew that track wasn’t going to be a quagmire in terms of Mother Nature throwing a monkey wrench at us but beyond that, the track didn’t have much to offer. It was about as unimaginative and vanilla as we’ve seen this year and I just want to say, the tracks this year have been by and large really good. In fact only this Denver track and the Indy track from a few rounds ago were snoozers in my opinion. There was that triple in rhythm that Eli was uncorking regularly but as we saw throughout the night, that option-line didn’t pay the dividends you’d expect by the time the racers entered the right hander at the end of the lane. It put them on an alternate rhythm which provided some space which is always nice but they still ended up on the same line entering and exiting that corner at essentially the same timeframe. Much like in Indy, I saw this track as offering no options and leaving riders in that same position of being hesitant to attempt a pass because leaving the race line was more likely to leave them at a loss than making a successful pass.

There were a few areas where we saw passes being made, most notably the inside whoop line prior to the finish but what I really want to focus on here is the heartwarming tale of youthful and genuine glee we saw on the face of Eli Tomac following a convincing win in front of a stadium of ET3 fans at fever pitch.

We are quickly closing in on the wrap to the third year in a row where Eli Tomac has puzzled us all with his dominating races quickly reciprocated by his utterly average mudpack finishes. Over the course of these three years we’ve seen crashes, injury, setup and comfort be indicated as issues leading to these falters in his averages but in recent weeks, Eli has let us in a bit on what the deeper answer is. As race fans, it’s hard for us to understand that even a top .001% lever racer can suffer from something as hard to describe as mental comfort at this level in his career but in essence, that’s what Eli has revealed. Someone who can literally look unbeatable one week, could a week later simply not achieve that same level of comfort or confidence in the way his bike is providing feedback to him mentally in terms of predictability and he is an absolute shadow of the guy he was only 7 days prior. We are so used to seeing the elite guy in the class tap into something at some point and when that level is tapped, they typically just plug into it and revisit it week to week. For Eli, it’s been a moving target through three years and frankly, he’s just, to borrow from the soundtrack of Top Gun, “lost that lovin’ feeling”.

But we saw a spark Saturday night in Denver.

I don’t know if that spark is going to add up to anything terms of the comfort or overcoming the mental barricades Eli has during these down weeks but the genuine joy fully apparent on Eli’s face in Denver is a strong force and one that was absolutely essentially in my opinion for Eli to overcome this very trying period in his career. What I have seen on the face of Eli Tomac has been distress and nearly and unsettled and lost look. Someone who had clearly fallen out of love with the activity they had worked their whole life for. I don’t even think Eli realized how disconcerted he had become before that healing win in Denver. It’s not the win so much or even the comforted feeling he once again zero’d in on to secure the win; it was the incredible response from the crowd as he showed aggression, made moves and passes and circulated the track. Eli has felt the weight of the world on his shoulders these last 3 Supercross series’ as everyone is incessantly remarking that he is the fastest guy and he just can’t figure it out. Coming back to his hometown for a race in yet another year when he was struggling to find buoyancy, had to put a weight on his shoulders that he maybe didn’t even realize until he experienced that overwhelming crowd response. We’ve all experienced a relief in our lives due to the proverbial “monkey off the back” in a situation where we really didn’t even know we were shouldering such stress before it was eradicated. Judging from Eli’s response after the race, his appreciation to the crowd for clearly still supporting him and pulling for him through his struggles, reallllly meant something to him.

The glee Eli exuded following the Denver win warmed my heart. He had the look of someone who really tapped into the enjoyment of racing that had been lost for too long. Maybe I’m being too romantic about what I interpreted from his reaction but I suspect we’ll get some indicators in the last two rounds.