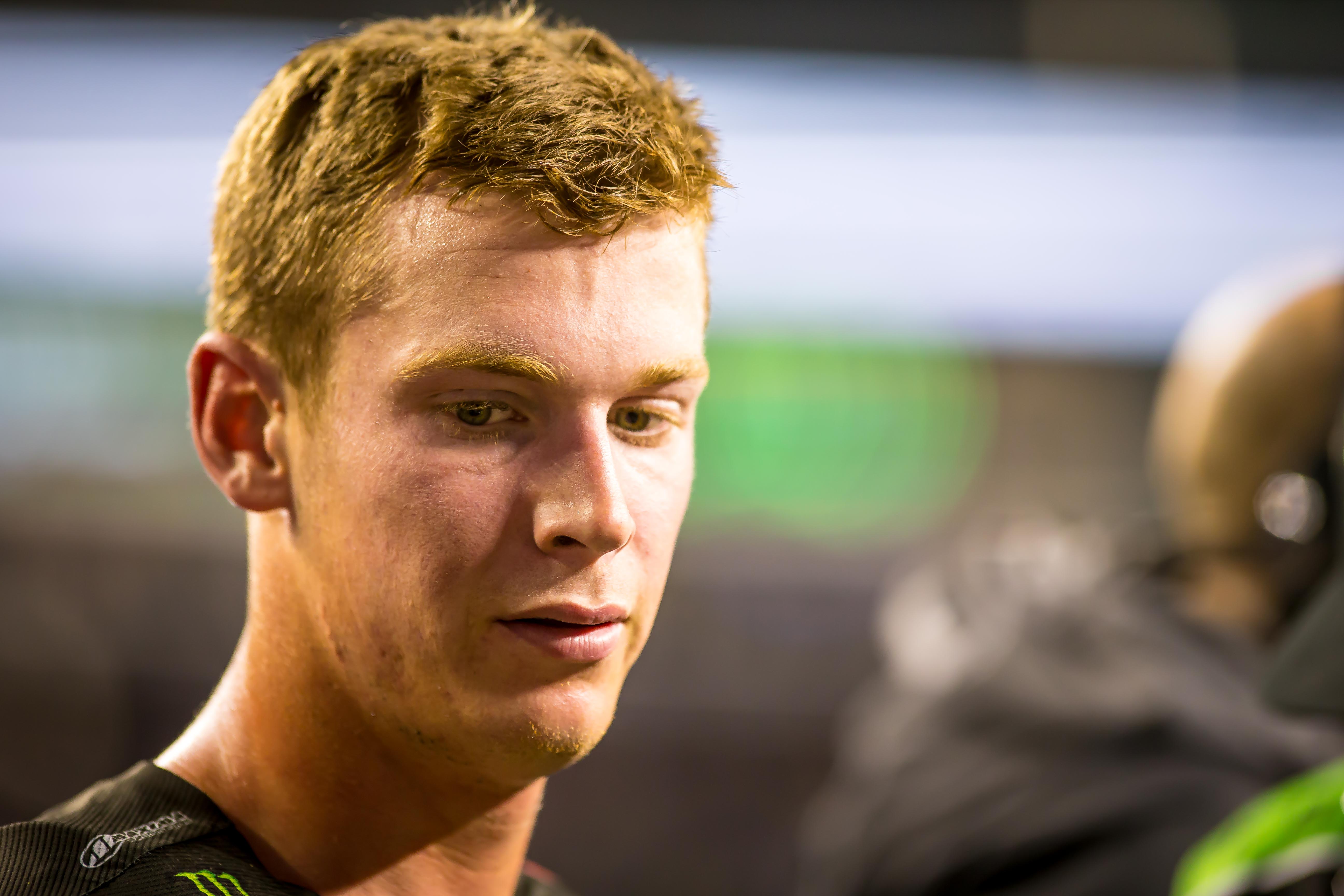 2013 is a long time ago. It’s honestly crazy how quickly 6 years elapsed. Unless you’re Adam Cianciarulo who entered the pro ranks that year and was dealt a consistent bevy of pitfalls in relentless fashion.

When Adam announced he was making the big jump into the pro ranks, I recall a Point/Counterpoint between Moser and I where we jousted over whether it was the right time for little AC (at that time) to enter pro racing. I was firmly in the camp of it being too soon, Moser was drunk and spouting about how it was fine and he was ready. The whammy card no one had any clue of at the time was that not only was Adam dealing with a genetic shoulder issue that would result in multiple setbacks, add to that his debut was delayed by a bout of Salmonella and even when he finally did line up, his health was not where it needed to be. That summer, Adam could feel something wasn’t right but he kept fighting. Away from the races, he kept training and having tests to try and pinpoint the source of his energy and endurance deficiency. These were not the results expected for the most anticipated Pro debut since Ricky or James (Is this debatable?) and to say these finishes were an indicator that his health was off, is a massive understatement. The timing could not have been worse and the debut-debate was making Moser’s argument seem even more alcohol induced than it already was. To be honest, I wasn’t gloating that I was correct in the argument, clearly this wasn’t a true representation of Adam’s readiness; everyone knew it. Even still, the optics were bad.

When the 2014 SX series kicked off, Adam crushed his SX debut with 1,2,1,2,1 finishes before the bottom fell out in Toronto and the first of his shoulder injuries occurred. To say the next few years would be precipitously cruel would be a bit of an understatement. A handful of sporadic highs mixed in with bushels of confidence robbing injuries and time off.

Throughout his amateur career, Adam was well known for his charisma and ability to draw you in when he spoke on camera, in interviews and podiums as well. He naturally endured fans like most pro’s many year older could never hope to achieve. He was (and is) special in this way and following this series trials, Adam, the one-time prodigal son of amateur elitism, had become the one-time golden child turned fan-favorite who people wanted to see have the sun shine on him in the pro ranks finally. During these years of rebuilding, Adam was also forced to adapt his riding style to a much bigger frame. Not the one he straddled but the one he found himself in. Coming into the pro ranks in 2013, Adam was maybe 5’5″ ( I’m guessing here) and he was now circulating tracks at a 250-inhibitve 6’2″. Essentially what we’re talking about here is a guy forced to rehab and recover while mentally rebuilding and having to reconsider every aspect of riding craft he had honed throughout his career at a drastically different physical size.

As the 2019 SX series kicked off and evolved, Adam appeared to still be honing his racecraft as he suffered a few errors which appeared to be stemming from a forced sense of urgency. It’s gotta be hard to turn off that killer instinct you’ve had branded on your brain as a racer your whole career, especially after so many layoffs due to injury. To finally be feeling physically superior and as motivated as you could possibly imagine, it’s easy to see how that urgency could get you in trouble.

When the gate dropped on the 2019 Vegas 250 main, everything seemed to be lining up just the way everyone and I mean EVERYONE had essentially expected it would. Maybe not with Adam in 3rd and Dylan leading because we’re all well aware of Adam’s success in Vegas but the points were in Adam’s favor and it appeared a foregone conclusion that he would finally secure that title 6 years after his pro debut. With 3 minutes to go in the race, Adam suffered a flukey crash resulting in a massively twisted and bound front end and that was the end of it. It wasn’t pressure, it wasn’t a choke, it was Murphy’s Law. Adam took the own-ness on himself because that’s the kind of guy he is and in the end, he was controlling the bike and he chose the line but it was just one of those things that can and does happen in the course of lapping a race course.

It’s excruciating for Adam, sure. I mean the dude just gets dealt one hardship after another and is forced to contemplate what the lesson is he’s supposed to be decoding from it, over and over and over and over… I don’t know how Adam hashes this out with himself but I do know that one thing he has in spades at this point is perspective. He’s very familiar with the darkness that wants to impede at moments like that but he can only take it for what it is, another failure to bounce back from. There’s no grand lesson to learn other than file it away and make another effort.

He can certainly feel piled-on-upon but more importantly, he takes the lumps, swallows that lump in his throat, brushes the dirt off and gets back up to try again.