Whew! What a whirlwind it’s been around these here PulpMX offices since the checkers flew on Saturday night. Everytime I thought I’d get a chance to start my fingers-a-dancin’ on these keys, something would come up and there’d be a fire to extinguish. It’s nothing new, this is the drill every year around here… well other than 2 years ago when Fantasy launched and Travis turned into a Gremlin; we were all quite scared those first few weeks.

Fret not, the time has come and while it’s a bit of a bummer that it’s Tuesday and you’ve already read plenty on what happened in Anaheim, I’m gonna give it a freshman shot.

First off, wow is this 450 field utter insanity! We knew this coming in and I can honestly say as the series opener approached, I was genuinely more excited for the series to get underway than I have been, possibly ever! Looking at the list of guys who didn’t qualify for the Main doesn’t necessarily tell the story. All good riders but still not really perennial Main Event gate drop guys:
Kyle Cunningham
Benny Bloss
Alex Ray
Austin Politelli
Justin Starling
Cade Clason
Nick Schmidt
722 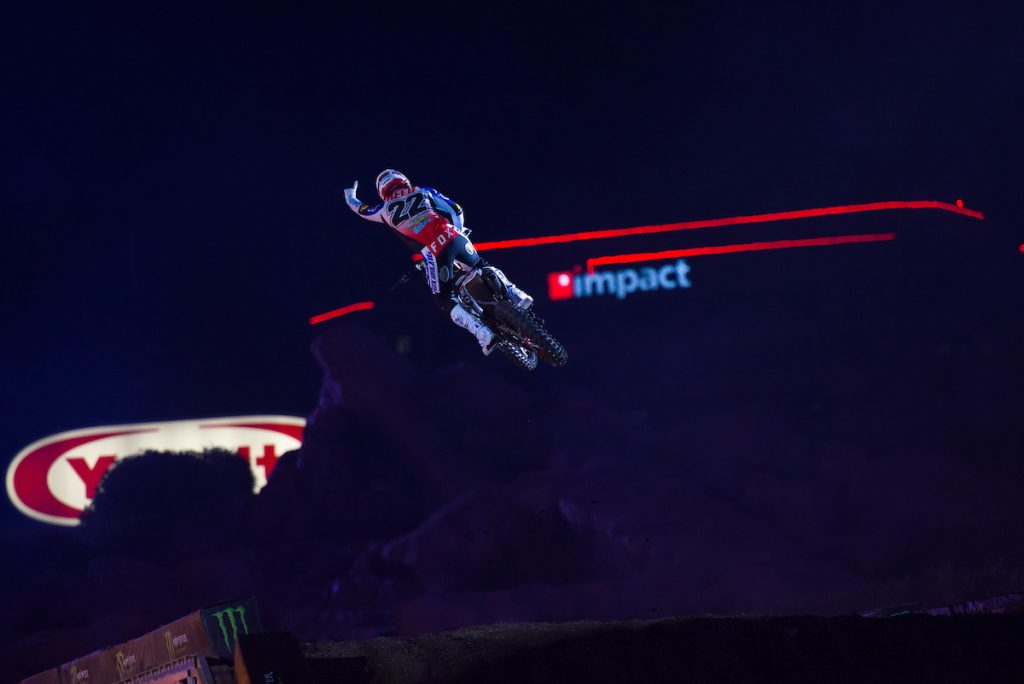 But how about the 4 guys who did transfer from the LCQ: Osborne, Reed, Plessinger, Bowers. The talent-saturation of the 450 class is certainly at an all time high and it has been trending that way for the last decade. Just making the Main is now more of a test than it has ever been. Yes, that’s right DEEP FIELD.

We knew coming in that there were 10 legitimate names who may win Anaheim 1 and it would not be shocking:
Webb
Roczen
Tomac
Anderson
Osborne
Barcia
Cianciarulo
Brayton
Baggett
Mookie

… yeah yeah, Mookie’s never won but we all know what we saw before his femur went poof last season. The average level of the guys in the 450 main now is more dense than ever and the debt paid by making an error is higher than ever as well. All these guys smell blood in the water and they all have confidence and that equates to quick moves, very much like the 250 class chaos we’ve been witnessing for years.

So what happened in Anaheim that didn’t shock us? 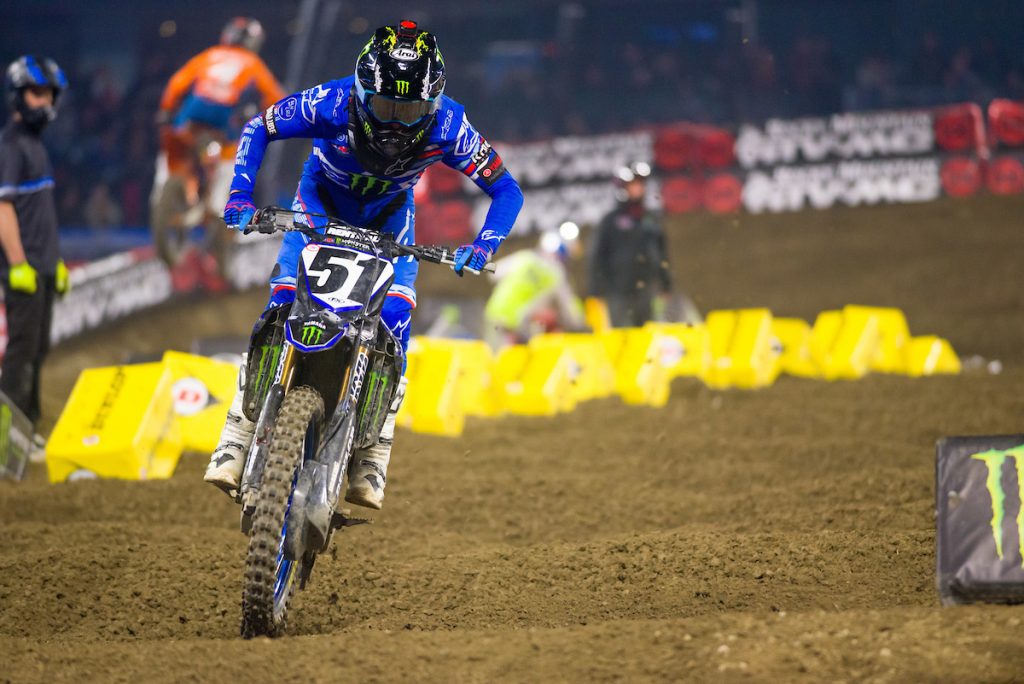 Barcia‘s win. He won A1 last year, it was a gnarly breaking-down track, it’s a contract year and he’s finally happy with his bike. With a start like that, barring error, Bam Bam isn’t relinquishing that #1 position without some fireworks.

AC’s podium. We saw what he did at the Monster Cup, he IS a monster, he’s confident and surrounded by an incredible nucleus. It really comes down to his focus on the track. If he keeps it and keeps both tires in the same rut, he’s gonna be a force. Unlike his rookie debut in the 250 class, this IS the right time and the birth of a new era of his career.

Vince Friese with a hole shot and a 10th.

Chad Reed with little prep and a harrowing entry to the Main finishing 18th.

Fredrik Noren in 21st in this field is about what I expected.

The list of surprises is far deeper in the 450 class in my opinion.

Cooper Webb looking and sounding like death and still pulling off a 3rd place is straight up crazy. This dude is gnarly. I don’t know if he felt as bad as Zach did Saturday but Zach’s description was “this is straight from Hell”.

Blake Baggett finishing 4th at the opener was certainly a shock for the perennial no-show at A1. Great ride and excited to see where he builds from here.

Jason Anderson being a past A1 winner finishes with a quiet 5. Maybe all those pesky Supercross Champion commitments have just soured him so much that he’s gonna aim for the 2nd step on the podium at the end of the season now? It’s crazy that he’s been so vocal about not liking all the extracurricular requirements as a Champion but I can’t knock him for it. That reminds me of how I may feel in his shoes but he made his bed and they have created the framework he has to lie in when he wins big.
Roczen in 6th, YUP that’s a disappointment. 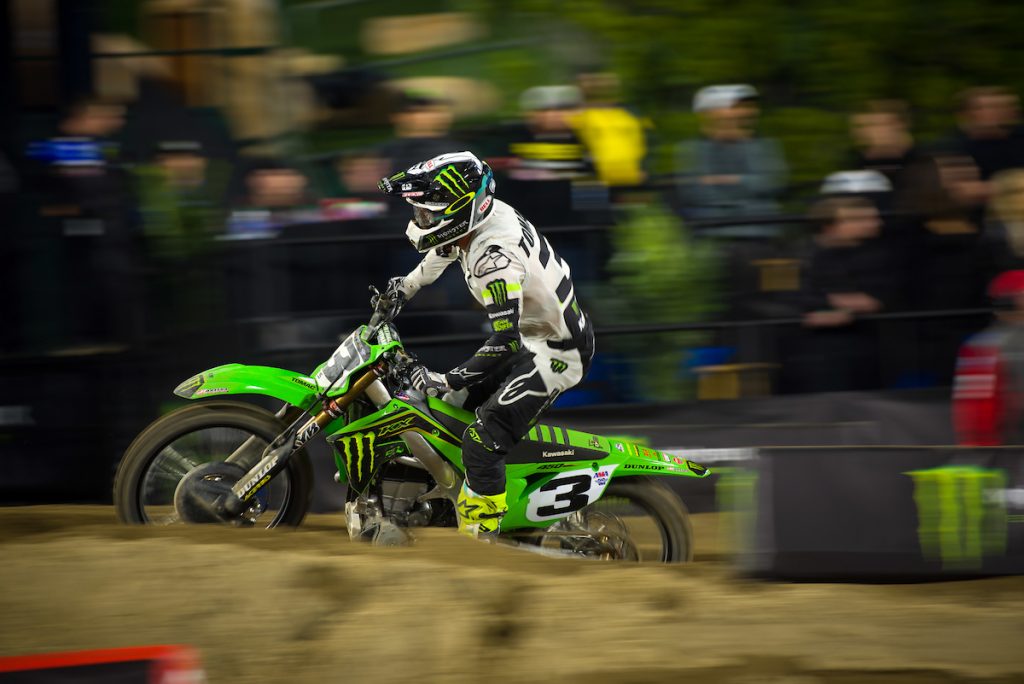 Eli Tomac…. This is a tough one, it has become his hallmark but with his speed it will ALWAYS be a shock when these albatross finishes show up.

Brayton was in podium position much of the race, this is a bummer finish for the veteran considering where he was for so long.

Mookie will be better, this was the kind of surprise nobody enjoys.

Aaron Plessinger’s season started out in a bad way and I don’t have a great feeling about it trending upward. Hope that ankle is ok.

I can’t even believe Dean Wilson raced, that’s too cool and for him to finish in 13th is a big surprise. The good kind!

Zach-O was gettin’ down with the sikkness and the fact her even lined-up after that get-off in his heat had my eyebrows raised. Some of the shit these guys get up from and line up after… I can’t even imagine it nowadays.
I had high hopes for Davalos. We all know he’s got skills but this is just a mild surprise, I expected him to finish about 12th.

Bowers just Bears his way through the night to 17th, a little better than I expected. 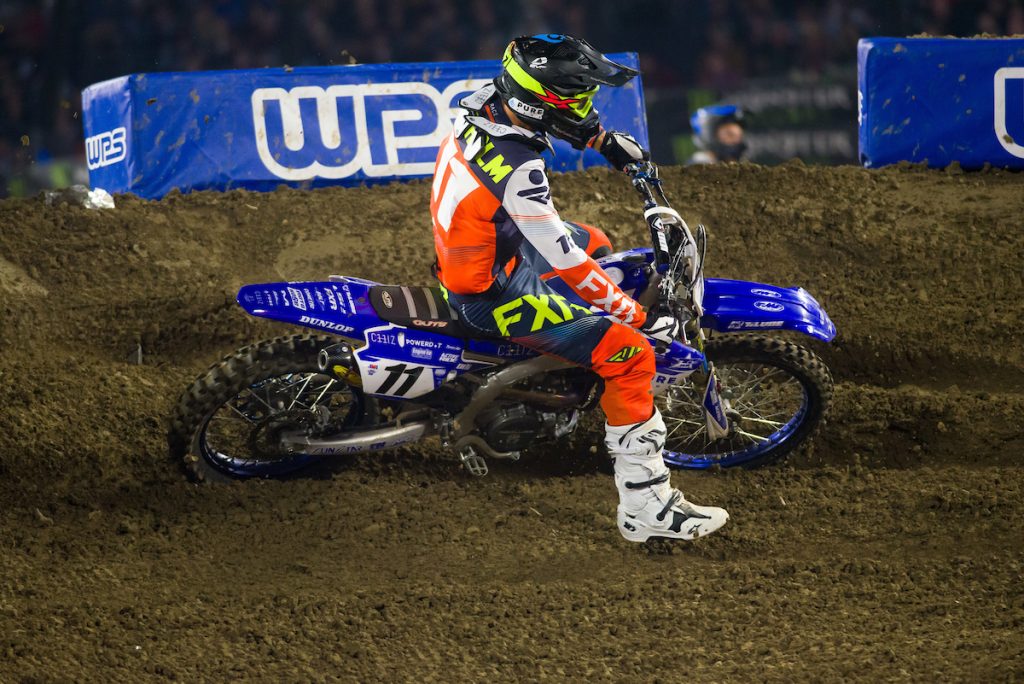 Chiz. Dude. CHIZ!! Left high and dry by his team from 2019 where he was the most consistent guy in the group. He comes out with mere hours on his bike and puts it in the Main (while no one on his former team does)! I honestly didn’t expect Chiz to make the Main field so this 19th place finish is something. There’s a reason the term “Chiz gon Chiz” exists!

I expected Blose to be closer to 12th, he will be better.

Decotis is scrappy, he should be closer to 15th than 22.

You’d think with so many more UNSURPRISING finishes than surprising results, I’d be a LOT better at PulpMX Fantasy, right?!