Swizcorner A2: Fear. Not Confidence. 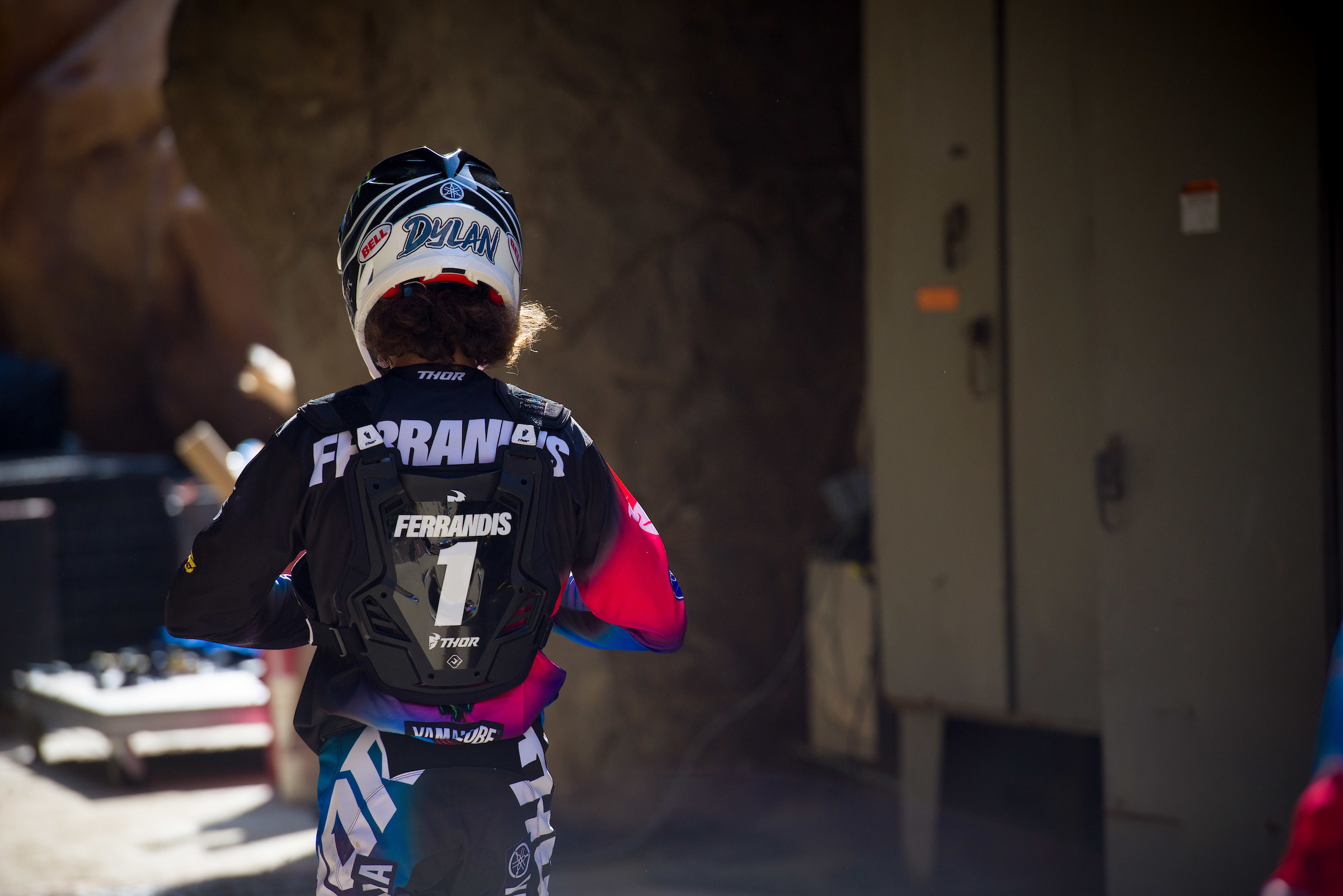 Man how a week can change so much in this sport. Perspective shifts in dramatic fashion with a quick 15 minute battle royale in the 250 main.

This is going to be pretty quick n dirty, kinda like the action on the track. You have certainly already been bathed in opinion, criticism, downright nastiness and nearing on criminal discourse surrounding Dylan Ferrandis’ move on Christian Craig early in the 250 main, so lets get on with it.

It was a poor choice for sure but it was one of a handful of decision made by Dylan during that race that really revealed the deeper revelation in my eyes. This is who Dylan has always been. Remember before he came to the US Supercross series, he had a tendency to get excited, override the track and crash. When he debuted in American Supercross, he was aggressive and he’d run it in on guys, causing himself or them to go down in the process. He now has a #1 on his bike and typically with that #1 plate comes a respectability, an assumption of poise, confidence and calm under pressure. I’m sorry guys but that just is not the case with Dylan.

Let us not forget, that number 1 plate is the result of a split-second push of the front by the number 92 at the last round in 2019. I’m not stripping Dylan of his worthiness of that number 1 by any means. He rode incredibly last year and those rides really were exemplary indicators of champion-like race craft. Thus far in 2020 though has been a few steps back though.

Coming into 2020 there’s no doubt, Dylan thought this series was going to be a dogfight between he, the #1 plate holder and Austin Forkner, the guy with the balls out speed. After the first two rounds, Dylan was pressing, reeling and feeling his title defense ebb away. When he saw opportunity present itself early at A2, with Forkner and his teammate Cooper behind him; he decided it was his job to grab it and capitalize.

Fear made Dylan revert to his core-methods that go him here. The fear of Forkner and Cooper possibly catching him from behind and the resulting confidence hit that would equate to if it were to happen. Dylan rode off the rails. Watch him and his machine every chance you get during the broadcast, he is hammer down, balls out the whole race, deflecting, clipping, swapping… using more body English than Justin Barcia on a 150 ripping a sand track.

He didn’t try to take Craig out, Craig was merely an obstacle in the way of fear reeling him in. He doesn’t believe he has the speed to beat Forkner or Cooper right now and for that to be realized, would be death to his confidence, so it was a win at all costs mentality. This isn’t the typical poised decisiveness Champion’s typically possess and exude; in those cases, confidence is the driving factor, not fear.

Even after the Craig incident, watch him. It’s the old Ferrandis exposed as he reeled in an impressive though clearly riding on pure adrenaline, Jett Lawrence. Ferrandis didn’t need to initiate contact with the Jett. Jett’s ultimate demise was evident laps earlier as the realization coupled with adrenaline and desire mixed to create a combustable fuel. And combust it did.

It’s going to be incredibly interesting to watch Dylan in the coming rounds, especially with the first triple Crown next week. That’s 3 opportunities in one night for abbreviated race action to condense and evolve in hyper speed. Since he did capture the win at A2, will he settle back into a bit of confidence or will fear continue to push him steps backward and cause him to unravel in other ways?