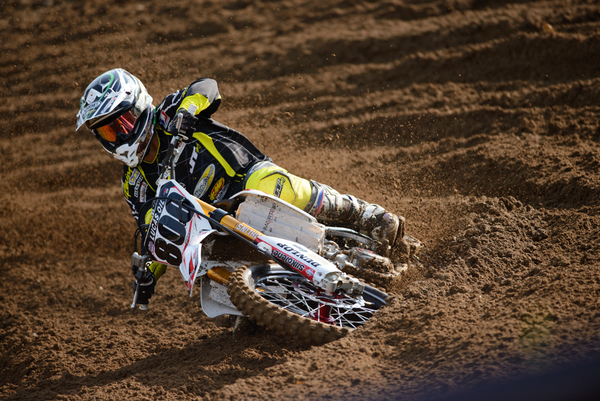 I honestly don’t know where to start this week. I am absolutely giddy with the sheer madness of this whole laser debacle.

I honestly don’t know where to start this week. I am absolutely giddy with the sheer madness of this whole laser debacle.

There is a point in life when repetitive things in life become so predictable and redundant that they are simply cliche. The craziness and hi-jinx that surrounds the Alessi’s have become yet another example of just that phenomena. It just figures that the, arguably, most notorious incident surrounding the Alessi’s ever comes on the heels of what has been the quietest stretch of time the Alessi-clan has ever known.

Mike has often been the brunt of jokes regarding his social-awkwardness and at times, questionable race antics. Situations from being long-winded in podium interviews, last years post-moto-one attempted Washougal bro-down with Dungey, the Navy Seal reference, standing on Tedesco’s bike (no that will never EVER go away), looking behind himself to block surging opponents and other just generally awkward moments have all added up to Mike’s sum of being an “Alessi”. Lately though, for a long while actually, Mike has improved in leaps and bounds over many of these idiosyncrasies. There are some opponents who will never give him the benefit of doubt but for the most part, the pits realize Mike is trying to grow up and out of the old “Alessi” pigeon-hole. He’s kept his nose to the grind stone, pounding out moto after moto with results which are lacking what he and the MX community as a whole had anticipated in this outdoor series; but he’s done it with honest, hard nose effort. Quietly.

Father, Tony has also been putting in the hours, also quietly. Trying to get the program ironed out and to see the results of years past, return.

Brother Jeff, on the other hand, has been cited on Vital more than a time or two for his puzzling Facebook posts. I know, it’s super lame to reference Vital and Facebook here but it serves as a setup to the shenanigans pulled at Washougal this weekend. I always pictured Jeff as the Alessi most-likely to side step the kooky drama that seemed to follow the family year to year on the racing circuit. A few sideways-glancing social media posts is hardly akin to some of the non flattering antics which have been witnessed at the races and even affected other racers. Clearly my assumption was proven about 180º off base from where reality lies.

I don’t need to restate the facts of the situation regarding #laZergate, this story has touched beyond the confined walls of the hardcore moto community. If you are a race enthusiast, know one or have Googled “laser” or “Alessi” in the last 24hrs (and honestly, who hasn’t), you know how bizarre this story is.

Initially, I like all of you, saw the tweet from Matthes referencing Jeff Alessi and a laser-pointer. The standard head-tilting frown immediately ensued, as well as the standard, though crazy justification of “well, that’s the Alessi’s”. At that moment, it was simply bizarre but behind the scenes, things were escalating quickly. I received an email of an audio file that evening which contained the interaction which ultimately became the YouTube video of the exchange between Matthes, Genova, Tony and Jeff. The moment I heard Jeff mention “an elbow to your face”– shit got real. In reality, shit was real long before that. Davey Coombs runs MX Sports and he takes that job deadly serious. If something has the propensity to make the series look bad or amateur in any way and you are the culprit, may God have mercy on you. When it’s something that receives as much coverage as this, perhaps the man above is even incapable of saving your ass.

From the very onset of this drama, the biggest detriment to the Alessi’s cause was Tony’s insistence that the story was false and Jeff’s adamant denial of the action. Looking beyond the sheer stupidity of Jeff deciding to do the deed in such a situation, why in the hell would you deny it and not simply say, “yeah, I did it, it was a silly joke and in bad taste, I’m sorry.”? Instead, Jeff behaved like a little kid would. He denied it and hoped it would just go away and there would not be a trail of evidence which so clearly indicted him. He recruited the support of his Dad for his defense who, like any Dad, would defend his son to the death. Over their history in pro racing, the Alessi’s have had more than a few stories of peculiar nature brought to light by Matthes and though the stories may fade away, you know Tony has continued to let that axe grind away in the nether regions of his cranium. With the tenuous history between Tony Alessi and Matthes, this was the perfect storm coming to a head.

As the details unfolded, the evidence pointing toward Jeff was surprisingly heavy and it became clear that harsh penalties would be handed down and due almost solely to the fact that Jeff was wearing a MotoConcepts Team shirt, the penalties would be most devastating for the team, not Jeff himself. Jeff hasn’t been racing, therefore his indeterminate expulsion from both an AMA Pro license and MX Sports events, and his $500 fine hurts a lot less than the penalties aimed at the MotoConcepts team. Mike Alessi was stripped of all points earned at Washougal, the team fined $10,000 (which goes to the Asterisk Medical Unit) and Tony is also banned from attending the remainder of 2013 National series.

Mike Genova is the one left holding the bag here. He knew of the stories surrounding the Alessi’s and chose to roll the dice. Things have been looking pretty normal other than the fact that Mike’s results have been a little off and now, things have spun violently in the other direction. His nightmare is all due to the Alessi who hasn’t even been racing, attending a race, wearing a team shirt, using his Dad’s credential, pulling a prank that 13 year olds find funny and then lying about the allegations.

In the end, Mike Alessi suffers the worst in this ordeal. He was merely racing his heart out and simply by relation, his brother’s and by extension, his father’s actions have affected not only his points race but the impression his family had seemed to begin outgrowing the last little stretch. I really wonder if following all of this fallout and the presented evidence, what Mike Alessi and Tony Alessi’s stance is at this point? In any normal standard, there’s no way Jeff wouldn’t be ridiculed by them for completely screwing up the team mojo but I can’t help but believe they are sticking together, right or wrong.

There are some who have a problem with the penalties being handed down, especially the penalty which robs Mike Alessi of his points but I think that aspect of the penalty is essential. It’s the only part of the penalty that hits the team where it REALLY hurts. These teams are out here for results, the monetary fine will be paid, some personnel will miss races but taking points away from the team rider is the one that really hurts. Mike is the most innocent in all of this but he is in the position where a penalty is felt the most, making it totally necessary.

What has been learned from this cluster-eff? That’s the crazy part. Nothing. There’s nothing to learn because this whole situation is the result of something that absolutely no other team personnel member in the sport would attempt. We are all just sitting back with popcorn watching this from the sidelines thinking, “what in the eff dude!?”

What happens moving forward for MotoConcepts? Does this make a 2014 relationship with the Alessi’s impossible? Will there even be a MotoConcepts effort in 2014 or has the state of the sport compounded by this situation soured Mike Genova’s optimistic hopes for the future of his effort? It’s really too bad that Mike Genova has to deal with this bullshit. He’s put a lot of time, effort and money into his team’s efforts and to see the face of the effort sullied by such a senseless act is really unfortunate.

Here’s the snippet video of a portion of the altercation between Matthes and the MotoConcepts personnel.