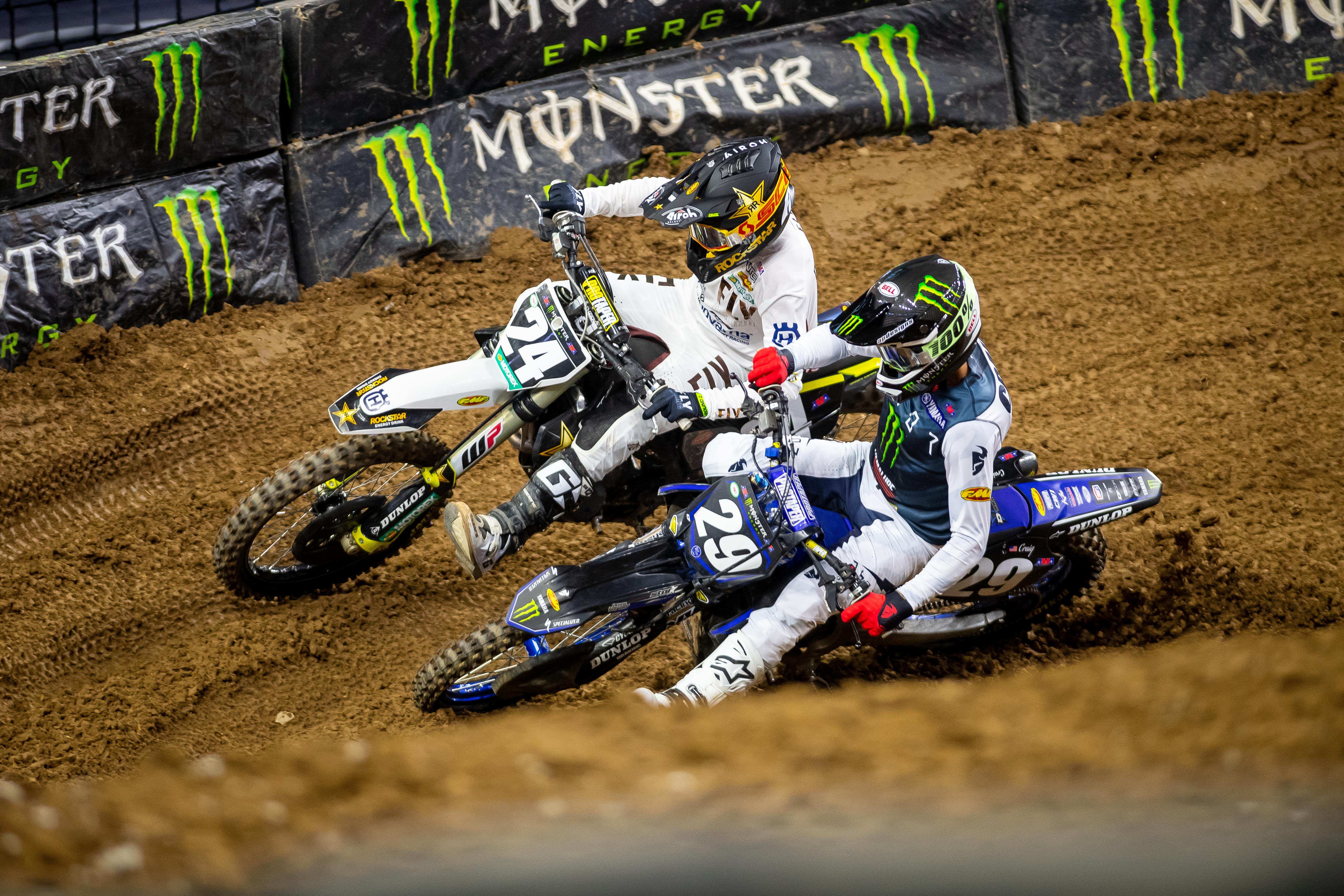 I know, I know, here we are on the precipice of the Motocross season and nobody cares about the failings of what’s going on in the stadium series but I had a bit of an epiphany today regarding 250 SX. I was listening to the Monday Kickstart pod from our friends at Swap Moto and while they were discussing some of the 250 class possible “point-outers”, “title-defenders” and “possible mover-uppers”… two things occurred to me. Firstly, the oft cited issue of the class by Steve being that the rules are broken and the frequency at which the rules are flipped and flopped make it come off as a joke class. These are both true. The other, paradoxical and shocking thing that occurred to me was, I really am totally fine with it the way it is!

I was shocked at the realization that I could be ok with something so clearly inept. But why?

As the guys at Swap Moto listed some of the names of the ‘possible mover-uppers”, guys like J Mart, A Mart or Craig, I realized I really want to watch these guys continue to pursue that elusive 250SX title (well for Troll Train I just don’t want to see him trying to corral a 450 in SX, I don’t see that being a successful long term plan).

In Steve’s defense, he’s said all along he doesn’t give a shit what they change the rules to as long as they make them clear and they stick to them; well actually first and foremost if they put an end to the absurd practice of awarding equal National points to the regional 250SX coasts. C’mon AMA, it’s so stupid!

Set a lifetime points limit that when eclipsed forces a rider to move up? Sure, but I’m fine with no pointing out at all.

Force a rider whose won a 250 SX title to move up after a 1 year attempt to defend? Sure, but this could be problematic still for a young phenom that wins in his rookie year. This year for instance, could you imagine if Nate Thrasher were to have won the title, then attempt to defend next year and regardless of the outcome be sent to the 450 class in his 3rd year as a pro? That sounds like a plan built for failure.

Let’s ditch the full National points for regional SX series. Remove all point-total specifications which could send riders into the 450 class, honestly remove all regulations which force a rider into the 450 class! Let these dudes pursue success in the 250 class where the stakes are lower, (rewards too) and confidence can be built without risk of guys taking dives in a disingenuous attempt to not shoot their careers in the foot. Natural selection will work the issue of “sandbaggers” out all on its own.