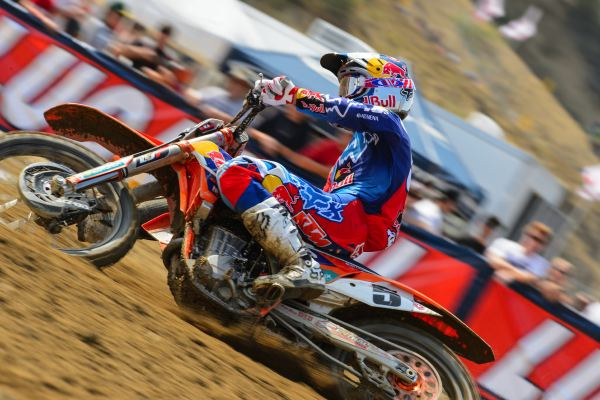 When Ryan Villopoto announced he was not racing the outdoors, OF COURSE we all assumed Josh Grant would walk away with the first moto of the series.

When Ryan Villopoto announced he was not racing the outdoors, OF COURSE we all assumed Josh Grant would walk away with the first moto of the series.

In the outdoors, far moreso than Supercross, the first round of the series is often a far cry from what we will come to know as the metronome of finishes for the title hopefuls in the classes. For this reason, I’m not going to go all in depth with the analysis from Glen Helen but instead look at the overall finishes of those who made the results interesting and how their results compare to what I expected.

Firstly though, I want to thank MX Sports and the folks at Glen Helen for finally reaching a common ground and bringing the series back to the most unique track in the series. Glen Helen is an animal all it’s own when compared to every other track the racers see during the National schedule. It still looks like they are racing in a desert, like every other California track but it is what it is.

One thing that was more obvious than ever to me when watching the Glen Helen is just how much more SX lends itself to TV coverage than MX. The action is so much more spread out in MX, it’s nearly impossible the cover even a tenth of the compelling battles that are happening throughout a race. They can’t have enough cameras or enough spotters to cover it whollistically. Just be happy the races are live and they focus on the most pertinent battles. Plan on visiting PulpMX, RacerX and TWMX for the details which TV can’t convey and make sure you make it out to the events you can to experience it all in person.

Let’s get into this.