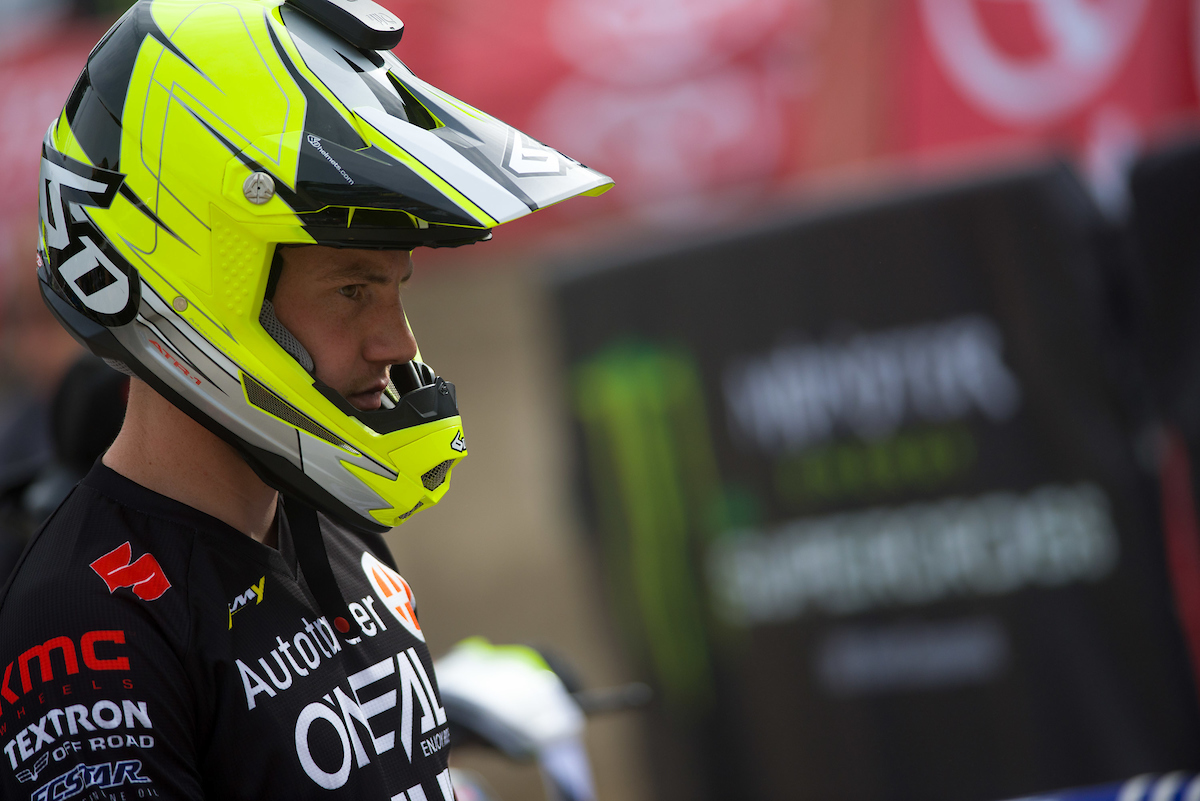 There are two sides to every coin as they say and while we have been dealt a series of blows, specifically the season-ending injuries for two of the three 2018 Supercross title-winners, that means new opportunities and new blood for a few transplants.

The Glen Helen practice-curse left the Factory Husqvarna team with no jockeys in the 450 class and that obviously had to be rectified. Hmmm, I wonder who would be a great selection to FILL in for the Rockstar Husky team for the rest of outdoors? Certainly someone must be available to FILL that role… Oh, yes the most prolific and experienced PHIL in the history of FILL in riders. Filthy Phil Nicoletti has been a main stay at the JGR Team for many years now and inexplicably it never really felt official nor appreciated or ideally suited to Phil.

It was a weird meeting of circumstances throughout the Phil and JGR relationship where it seemed like Phil was always keeping his eyes peeled in hopes of finding, how should I say, a more eager employer to utilize his services. When the music stopped playing at the end of silly season each year, both JGR and Phil kinda looked at one another the way shy high school boys and girls might at a dance where each one is too embarrassed to acknowledge the other, so they just lift there eyebrows, shrug and walk onto the dance floor together. Another year of Phil feeling under appreciated and another year of JGR frustration building as the results don’t reflect the effort and resources put in. Coincidentally, this Phil departure from the extended JGR fill-in experiment, essentially ended with an awkward, hands on the hips, hug.

I’m not sure how much of a French connection JGR and Phil have but in the French language there are a few ways to say goodbye and knowing the history between JGR and Phil, two versions are very fitting. “À la prochaine” means “see you next time” and the other is “Adieu” which means literally means you intend to never see them again. Knowing JGR and Phil, you might expect to see them reunited but there’s also that American saying, “things only end badly, otherwise they wouldn’t end.”

Personally, I see this move for Phil to be a game changer. He should have always been on the 450, everyone knows that. EVERYONE KNOWS THAT JGR!! It sucks that Jason Anderson and Dean Wilson had to get hurt for this opportunity to arise for Phil but I’m quite excited to see him on that white bike that is apparently magic for all the success it has had recently. As is often the case, there is now a direct contrast and comparison between Phil on the Rockstar Husky and all the 450 JGR riders. That will be an interesting sub plot for the rest of the Nationals that I can’t wait to see play out.

With the Departure of Phil from JGR, Justin Hill’s ascent to the 450 has been fast tracked and he could not be more happy about it. I mean come on, the dude was so over even pretending to try in the 250 Nationals that he fabricated this story that he is just “soooooo heavy” for the 250. Pardon me while I cough up a lung laughing at that one. It’s ridiculous enough that I think we as fans should feel insulted that he could muster the balls to utter it, let alone expect us to accept it. Justin Hill has crazy talent but you have to excuse me if I don’t see that talent presenting itself in the Nationals. Yes, even on a 450. I’d be silly to not expect some fireworks from the #46 JGR Suzuki but making the jump to the 450 on short notice doesn’t bode well, despite the pretty severely depleted field.

While the Zach Osborne exit from the series isn’t turning into a fill-in ride for someone aboard his bike, it does create a vacancy in the top 5 in overall points on the series and that means a big confidence boost and shot of adrenaline for a handful of guys who have been staring at the back of the #1 for most of 2018. It sucks that Zach’s shot at 4 titles in 2 years was cut short by a pipe-dream of a start attempt by a guy who’s National series was already on life support at 6 Moto’s in. I realize that I’m in the minority on that belief and I’m fine with that.

High Point is only days away and with it comes the GREAT tracks with the great dirt and now with a handful of these new story lines to follow, who isn’t ready to head east?!