Rather than dive into the details of the points championship or any specific rider, let’s take a look at the key stats for mains, heats, LCQ’s, and qualifying for each of the 3 series. I’ve noted a handful of insights for each of the series further down, but here’s the one key insight per series.

Take a look at the details below and drop me a line @3lapsdown and let me know what you see that’s interesting! 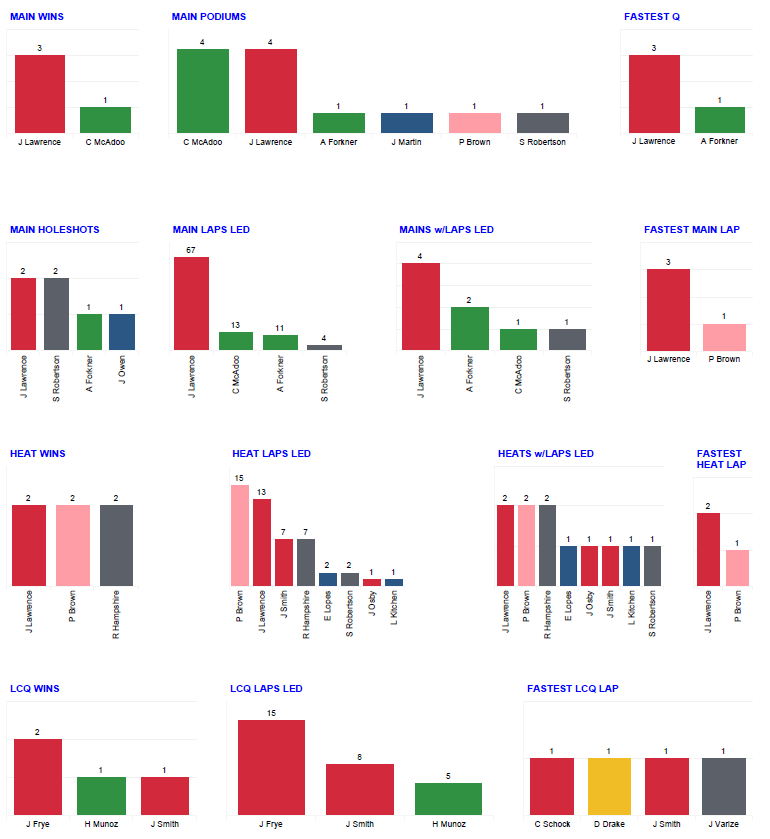 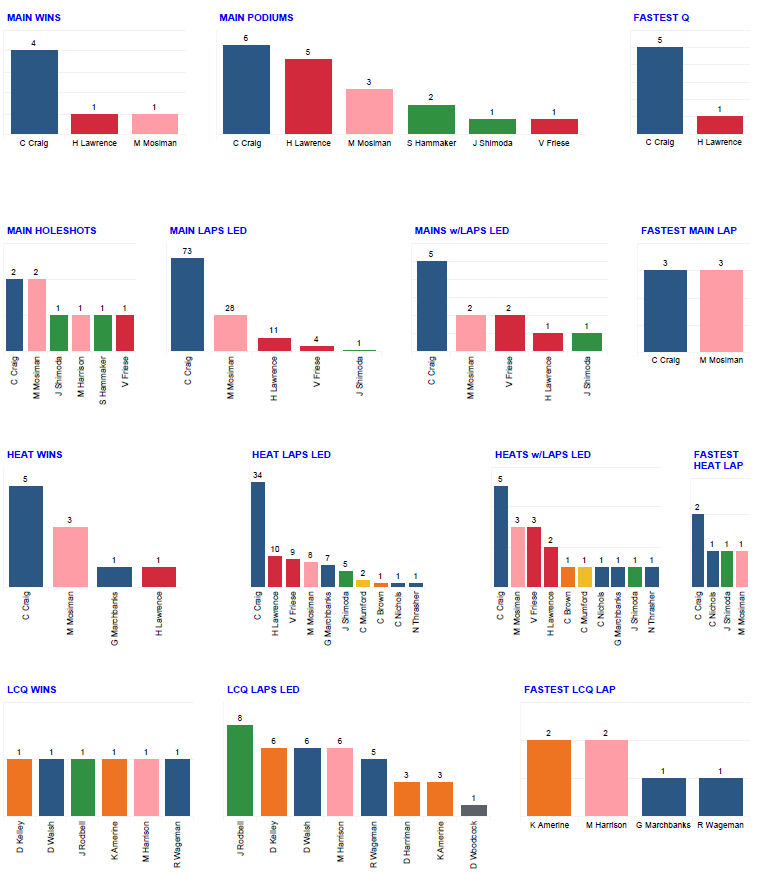